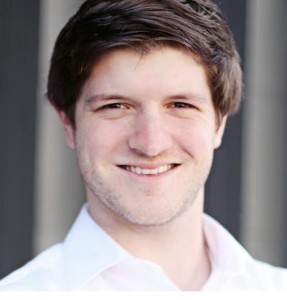 California’s Monta Vista Technology Student Association club is holding its biannual technology symposium on May 23, 2014 from 5 to 9pm. There will be four different speakers at the event, and potentially 300 attendees. Speaking about the symposium, Karan Gugle, the Highschool club’s president said,

“More and more people are coming in. [The symposium] has had a growing reputation, and has got to the point where we can contact speakers and tell them all about what we have done.”

The biannual symposium’s speaker list includes Thomas Goetz, the co-founder and CEO of health tech company Iodine. He will be speaking about how the health care industry is being affected by the use of information technology. Dr. Shomyseh Sanjabi, a professor at the University of California, will share her research on immunological issues. Dr. Chris McKay, a senior scientist at NASA’s Ames Research Center will speak about Mars Curiosity rover’s findings and other worlds in the Solar System.

In addition to the previous speakers, John Dreyzehner, a digital currency advocate and evangelist will talk about virtual currencies. In specific, he will speak about the rise of Bitcoin and its role for the future. Dreyzehner is the leader of BitPay’s Client Development and he’s earned his Bachelors’s Degree in Financial Mathematics from the University of Virginia.

Karan Gugle explains that Monta Vista’s symposium speakers are found through networking and other means. He said,

“I research lots of different articles, newspapers, and find topics that are interesting to club officers in emerging fields that we can relate to. We try to find speakers who are big in their field and can relate to high schoolers in layman’s terms.”

Having a Bitcoin advocate speaking at a highschool setting will allow youngsters the chance to learn about what digital currencies have to offer. It will also allow them the opportunity to have their questions answered in an academic environment.

GreenManGaming Surveys if Bitcoins are Viable for Gaming Purchases