According to a recent study, drug customers on Silk Road were responsible for reducing rates of drug violence and making the drug trade a gentler (if nerdier) industry. But how many people did Silk Road really save? It’s impossible to know for certain, of course, but in the wake of Silk Road’s closure, a lot of information about its operations have come to light, and, like counting the rings on a freshly felled tree, it may be possible for us to take a pretty good guess.

For those who don’t keep up with the latest in drug trafficking news, Silk Road was a Bitcoin-based online marketplace for drugs, banned books, and drug paraphernalia. The idea was simple: Run a Tor-hidden service (a website hidden behind advanced anonymizing software) that provided an inexpensive, eBay-style interface for buying and selling drugs, mostly in bulk quantities. Products provided on the web storefront included amphetamines, heroin, cocaine, marijuana, and psychedelics like LSD. Payments were handled using Bitcoin for anonymity, and the site ran a “Bitcoin tumbler” (a Bitcoin laundering service that disconnects Bitcoin payments from their source). When a sale was complete, the product was shipped in vacuum-sealed bags in unremarkable boxes, minus a return address, to anywhere in the developed world (though the overwhelming majority of purchases were shipped to or within the US). This system allowed users to make anonymous payments for anonymous products. eBay-style reviews were used to rank the quality of the purchase, and ascertain the reputability of the merchant. The site was shut down in 2013, after the FBI was able to trace its operator, who went by the handle “Dread Pirate Roberts,” based on his failure to use Tor for all of his interactions with the site. Since its shut down, a number of replacements have cropped up, including DeepBay, BlackMarket Reloaded, and soon DarkMarket – which, together, are likely doing more business than the original ever did. 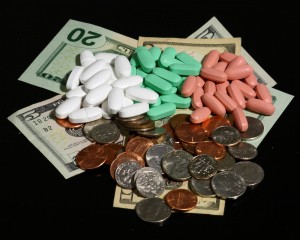 It’s hard to estimate the total damage done by the illegal drug trade, but it is possible to get an idea of the relationship between money and violence. One of the regions hardest hit by the war on drugs is Mexico, where cartel-on-cartel-on-police-on-civilian violence claims an annual death toll of more than 10,000 lives. Most of that funding for the cartel side of that violence comes from the $10,000,000,000 that US citizens send south of the border each year for illegal drugs. In other words, for every million dollars’ worth of drugs distributed by the traditional drug trade, about one person is killed (and many more are maimed, terrorized, and displaced by the threat of violence). The money moved by Silk Road represented a fairly direct slice of that money that’s either not being sent south of the border at all, or was being transferred from the cartels with no direct opportunity for violence (or the necessity of defending distribution operations). So, in order to figure out how much violence Silk Road was preventing, we just need to find out how much business the site actually did.

Exact numbers are hard to find, but the FBI criminal complaint against the operator of the site alleges that Silk Road did more than 1.2 billion dollars’ worth of traffic over its three-year lifespan, or about four percent of the US-Mexican drug trade. At the rate of one million dollars per human life, that means that there are, on average, about 1200 people walking around today who wouldn’t be if the drugs sold through Silk Road had been moved through traditional channels. To put that number in perspective, twelve hundred people is about the size of the student body of my alma-mater. 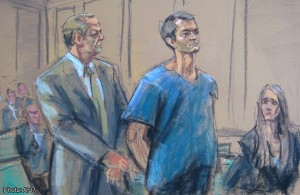 That’s not to say that Silk Road was an unambiguous force for good! The operator, Ross Ulbricht, is alleged in the same complaint to have hired hitmen to kill people who threatened the operation of the site. While Silk Road likely had a greatly reduced rate of violence, there is an inherent ugliness to the illegal drug trade. That said, it is sometimes necessary to embrace harm-reduction where we can find it. The powers that be in the United States don’t seem inclined to re-consider the aggressive drug-enforcement policies that fund cartel violence and contribute to the highest incarceration rate on the planet, so moving the illegal drug trade into the relatively safe worlds of Tor and Bitcoin may be the best that we can do for the time being if we wish to try to mitigate the harm of the drug war.

Silk Road was, by and large, terrible PR for Bitcoin — but it may be telling that even the ugliest and shadiest large-scale application of Bitcoin, to facilitate buying and selling drugs, may have saved many hundreds of lives over a few years. Bitcoin and other decentralized, cryptographically secure technologies like it can be enormously powerful forces for peace, and that’s something to be celebrated.