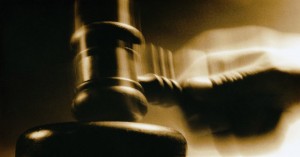 A 22-year old Dutch man, by the user name SuperTrips, has dealt with ecstasy, cocaine, and LSD through the Silk Road website run with Bitcoin. SuperTrips’ real name is Cornelis Jan Slomp and he is from the Netherlands. According to U.S Attorney Zachary T. Fardon, and Slomp’s lawyer, Cornelis Slomp has agreed to plead guilty on a single account of drug trafficking conspiracy.

A criminal complaint was filed against Slomp last year in Miami which resulted in him being arrested. He was caught at the Miami International Airport on the way to meeting with other users. The prosecutors said that Slomp planned to “spin of his entire U.S Silk Road operations” with one of the users.

Allegedly, Slomp had 11 European co-conspirators who helped with packing, making, and shipping illegal drugs. The ecstasy tablets had Slomp’s logo of a question mark on them. 385,000 bitcoins were given to Slomp from over 10,000 transactions at Silk Road.

Currently, Slomp is in custody and will face a mandatory minimum of five years sentence and a maximum of 40 years if convicted.

A penalty of over $3 million is being asked by prosecutors over his alleged crimes. Slomp sold drugs through Silk Road website which was the haven for drug dealing and money laundering before it was shut down.

In contrast to Slomp, Ross William Ulbricht, the alleged maker of the website pleaded not guilty to running the narcotics-trafficking scheme, and the other charges. A Homeland Security special agent by the name of Gary Hartwig said in the joint statement with Attorney Fardon,

“In the global black market for all things illegal, Slomp allegedly was a prolific vendor on Silk Road.”

“It was a decision that he made early on, something that we’ve all been working on as a team since his arrest.”

There hasn’t been a court day assigned for the plea, but a plea agreement will be filed. Slomp’s Silk Road activities from March 2012 to August 2013 were monitored by undercover feds.