As promised, we move on from last week’s Ripple to the other member of a two-member class of altcoins: altcoins that aren’t REALLY altcoins.

What I mean by that is that these coins don’t just follow in Satoshi’s footsteps — they are more than just edited clones of the Bitcoin source code; they are different entities, with different purposes, methods, and goals. Ripple’s primary differentiator is its centralized distribution and the network established around it. NXT also had centralized distribution, though in a much different fashion. As always, before we move on, a brief overview of the coin:

So, there’s obviously a whole lot going on with NXT. The best place to start our discussion is the area where a lot of altcoins lose people: distribution. 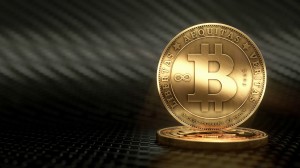 Talk of premined and instamined coins is nearly universally negative. NXT is 100% premined, in a way — although not exactly. Back in late 2013, BCNext (creator of NXT) proposed a launch that utilized a crowdfunding method. 21 BTC were collected in total and used as the backing for the launch, which distributed 1BN NXT to the 73 stakeholders. Those 73 stakeholders were tasked quite directly with distributing NXT outwards from themselves to a large group of users. They hosted giveaways, sold coins in bundles early on, and so on. Their ultimate goal was to ensure that the coin ended up distributed among a large enough number of entities to prevent accusations of unfair distribution.

In some views, they have been successful; in other views, not so much. They’ve certainly done better than Ripple — although Ripple and NXT had different goals at the outset. Still, you can take a look at the rough distribution of NXT here. As you can see, about 18 wallets each hold at least 1% of the coins — a somewhat disturbing figure. Another useful resource is this chart, which indicates promisingly that the top 100 wallets have been relatively swiftly reducing their ownership of coins. Unfortunately, the top 500 and top 1000 measures both still show that the significant majority of NXT is owned by relatively small clusters of people. Hopefully, as time moves on, we’ll see that begin to change. Remember that NXT has only been around for an exceptionally short period of time — it has only been about six months since the source code was released.

NXT is such an interesting coin — and one with such developmental depth — that I’m actually going to be taking a little more time than I usually do to finish discussing it. Check back for a part 2, where we’ll go in-depth to look at NXT’s features and developed infrastructure (as well as upcoming features and announced infrastructure!) in order try to understand how to assign it a market cap.

To leave you with my initial thoughts, though: NXT is, in my view, the most promising of all of the altcoins. It still has a ways to go, but it has accomplished quite a lot in a very short time period, and even a brief look over the horizon allows one to see much more on the way.