Litecoin is often referred to as the silver to Bitcoin’s gold.

That, unfortunately, is a meaningless claim, advertiser’s sophistry. At best, it is a poor and misguided explanation of the complex relationship between cryptocurrencies. That’s not to say, though, that Litecoin does not offer value, in a number of distinct ways.

Before we go anywhere, though, the Litecoin specs:

I found that this image helped me to understand Litecoin’s likely role, at least for the near future:

This is certainly one of the ways in which Litecoin may provide value to its owners — it can behave similarly to a credit card network, operating in tandem with Bitcoin as a secondary (and perceived, unfortunately, as ‘lesser’) payment system.

A buyer wants to buy something with dollars. The seller wants to be paid in dollars. The buyer pulls out his Mastercard, then throws it away, pulls out his LitecoinCard, and swipes it. What actually happens is that LitecoinCard debits his bank account equal to the purchase price to buy Litecoin at market price and sends the Litecoin to the merchant, whose payment processor (Bitpay, Coinbase, GoCoin, etc.) converts it into USD and deposits it to the merchant’s bank account. For fees? Assuming the merchant picks them all up, they’re likely looking at between 1 and 1.5%, generally speaking. 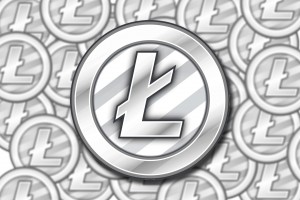 How would this system reward Litecoin owners? Well, that we can understand with math. It would cause the floor value of Litecoin to be:

I used 20 minutes there because no one knows how long “standard” confirmation times will be — but 8 confirmations for Litecoin seems like a fair guess. So if we assume that there’s demand for $1BN in transactions per day through Litecoin (far from unreasonable, given that Visa alone did ~$3.25TN in 2010, or ~$9BN per day):

Remember that this is only a floor, not a ceiling. The price can be much higher (and likely would be) due to speculation, hoarding, and so on.

It’s far from perfect to compare Bitcoin and Litecoin to Mastercard and Visa, but it’s much, much closer than the silver to gold comparison. However, it still doesn’t capture the entire situation. The reason for that is simple: It forgets about a world in which cryptocurrency eclipses fiat monies.

If everyone begins to believe that the era of fiat is over, and that cryptocurrency is the new medium of exchange, then Litecoin provides a very nice alternative to Bitcoin. It’s stable, has a very long, solid chain, and, most importantly, its creator doesn’t own an estimated 5% of the total final supply. Satoshi’s Bitcoin fortune is quite immense, and also unmoved at this point. Here’s a link to some excellent research on the topic. Whether or not he intends to use these coins is impossible to know. Whether he has access to them at all is similarly unknown. However, the possibility exists — it does not with Litecoin, which was released at a time when far, far more people were capable of and aware of mining.

The important takeaway from this discussion is that Litecoin has value in two distinct ways: As a potential Bitcoin replacement if deemed necessary, and as a potential alternative payment network. Cryptocurrency is an exciting emerging technology, and one of the major developing frontiers is valuation. Get ahead of the curve and stay ahead of it on this topic, and you’ve got a winning investment.

A Little Altcoin Sanity: Why Are There Alternatives to Bitcoin?