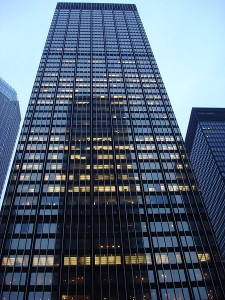 Mainstream finance has a Facebook-complicated relationship with Bitcoin. On the one hand, Bitcoin offers users a way to safely store and move money around the world without banks or money transfer businesses, which makes it a huge and dangerous competitor to existing industries. On the other hand, Bitcoin doesn’t appear to be going away, so there’s also pressure not to miss the boat. This has led to some pretty weird behavior.

JPMorgan started off by dismissing Bitcoin as “terrible.” Then it tried to copy it, and got shot down by the patent authorities. Now, they’ve posted a new job opportunity, for the cumbersomely titled position of “New Product Development Product Delivery Manager-Associate/VP.” The description of their ideal candidate is interesting:

“You care about disruption and have opinions on the future of banking, the payments system, and how to improve upon our existing financial infrastructure. You have an opinion on bitcoin and other cryptocurrencies, and you are probably ambivalent about the prospect of working for a large financial institution.”

Applicants are invited to submit product ideas and their Twitter handles.

In other words, JPMorgan Chase is entirely aware that it’s not cool enough to court some of the talent that’s bubbling up in the bold new world of crypto-finance. They see the value, however, and are hoping to change that. Goodness knows what their long term goals are in the crypto world, but I’m interested to see how all this plays out.