Freebitcoins.com is a new website that is giving away complimentary Bitcoins to the first million visitors to the site in an effort to introduce the digital currency to those who want to own some Bitcoin.

Visitors to Freebitcoins.com can enter their email address to instantly receive Bitcoins, with no purchases needed. Each user will continue to get free Bitcoins every day by visiting the website using the unique link they receive by email. The site gives each visitor anywhere from fractions of a Bitcoin up to an entire Bitcoin each day. 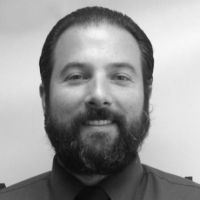 Within the first three days of the site’s launch on Monday, Freebitcoins.com reached 8,000 users, said founder Lukas Gilkey in an interview with CoinReport. He and his fellow team members worked on the project for a month prior to the launch. It was a project Gilkey and his colleagues had been wanting to do for a while so when the opportunity arose the Austin, Texas-based team jumped on it.

Feedback on the initiative “has been amazing and extremely positive,” Gilkey told CoinReport. “The Bitcoin enthusiasts love seeing something [being] done to help it grow and the people coming in new to Bitcoin love it because we remove the typical barriers to getting involved.” These barriers, said Gilkey, are the technical difficulties and the cost of buying Bitcoins.

The key goal of Freebitcoins.com is getting the digital currency into the hands of as many people as possible, said Gilkey. “I want something I can send my grandmother and Nana can sit down in front of her computer and understand it. Nothing else like this exists right now, and for Bitcoin to really go mainstream it has to be appealing to everyone.”

In a press release on the site’s launch, the company said Freebitcoins.com is developing additional ways for users to earn even more Bitcoin daily. Gilkey told CoinReport that he and his team are discussing opportunities with other companies to put up their own rewards onto the website. “In keeping with the Freebitcoins.com model of doing everything for free, they can do it for free too, with the exception of rewards for the users. We discuss with them what is appealing to our users and what rewards they are will to pay the users, and of course keeping in mind we want the site to stay fun for everyone.”

The press release states the company is “owned by experienced bitcoin industry veterans who have felt down by those in the industry that claim they want bitcoin to succeed but seem more interested in profits.” Asked to elaborate on this, Gilkey told CoinReport that “2014 was a brutal year for Bitcoin in our eyes and a lot of companies let the community down. Exchanges, mining companies…you name it. Pretty much every area of Bitcoin had a black eye by the end of the year. Bitcoin can succeed by being easier to acquire and use. Our goal is simple: make it easy to get, easy to use and fun for everyone. Who can say no when we offer all that for free.”

The website states, “We believe that everyone is entitled to financial freedom and this is our way of helping the people take it back.”

Asked what financial freedom meant to him and how Bitcoin applied to that, Gilkey gave the example of sending a bank wire to his uncle in Florida on Wednesday, which cost $40 and his uncle “may get it this week.” Gilkey had to provide his driver’s license and sign a couple pages of documents, and the whole process took an hour. With Bitcoin, Gilkey said, he could have transferred funds in less than a minute and is as much time his uncle would have received it.

“The traditional banking system in the modern world is so outdated and inefficient it is ridiculous,” said Gilkey. “Bitcoin allows everyone to move beyond that and provides the ability to manage their own financial accounts with almost no fees and full control. How amazing is that?”

Gilkey said he loves Bitcoin because of what it stands for: freedom. “Being in Texas you learn to truly appreciate what freedom is and why people give up their lives for it. Bitcoin is the evolution of the financial industry and the people’s way of fighting back for what their rights should be. People worldwide have very little control over [their] own money. In this day and age that is crazy, and it is time for change.”