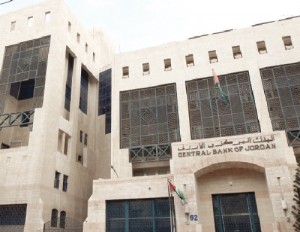 On Saturday, the Central Bank of Jordan (CBJ) warned against using virtual currencies, in specific Bitcoin. Jordan’s central bank also said that digital currencies are not legal tender in Jordan.

Citing reasons such as high risks, volatility, financial crimes, hacking, piracy, and the risk of Bitcoin losing its value, Jordan’s central bank has warned against its use in a statement. The Bank has said,

“CBJ seeks to protect citizens and the investors, by warning them that virtual currencies are not legal tender…”

This clearly means that Bitcoin is not seen as legal tender in Jordan. However, many other countries have said this, and yet people still use Bitcoin in those same countries. Jordan’s central bank continues by saying,

“And there is no obligation on any central bank in the world or any government to exchange its value for real money issued by them nor backed by underlying international commodities or gold.”

Given the fact that Bitcoin is a self sufficient currency that does not need government authority, it shouldn’t be an issue that it is not backed by the government. In addition, the digital currency doesn’t need to be backed by gold or other commodities because Bitcoin in itself has inherent value.

The executive director of the payment services department at the Central Bank of Jordan, Maha Bahu, said that a circular regarding virtual currency was sent out. Jordan’s central bank has said that all banks operating in the Kingdom, financial companies, payment service companies, and currency exchange companies are prohibited to deal with digital currencies. Bitcoin is the particular one that is noted because of its popularity.

Bahu also said that the bank was following and studying Bitcoin for the past two months. After doing so, it became prudent for Jordan’s central bank to warn the public against the digital currency. This was to of course avoid any problems in the future.

In addition to the bank’s view, Bahu says that other countries around the world have also banned trading with Bitcoin. She added that Lebanon has warned against Bitcoin. However, there are also some places in the world, such as New York and California which are allowing trading in Bitcoin with proper regulations.

There are actually some people in Jordan who are trading with Bitcoin. One wonders if they have a response to the warning issued by Jordan’s central bank.