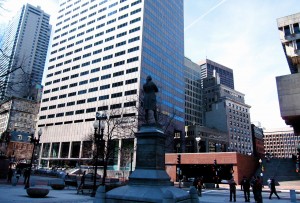 Serving as the U.S. division of Canadian-based Manulife Financial, John Hancock will incorporate the blockchain into the process of acquiring new wealth management clients, reported the Financial Post.

The American unit introduced LOFT in 2015. The 6,500-square-foot facility, located at John Hancock’s Seaport area headquarters in Boston’s “Innovation District,” fosters a culture of innovation and creativity within all facets of the division, said a press release.

Manulife said new LOFTs are being established elsewhere to advance collaboration and develop new technologies for the firm’s wealth and asset management and insurance business lines, said the Financial Post.

“Our goal is to simplify and enhance the customer experience when they first begin doing business with us,” said Ace Moghimi – John Hancock’s assistant VP and head of innovation, North America – in the press release. “In the wealth management business this involves not only satisfying customers, but regulatory and legal aspects as well.”

Igor Lilic, ConsenSys’ principal tech lead, praised the LOFT group in the news release, describing it as “a model example of innovation within the enterprise: bright, enthusiastic teams tasked with understanding new technologies and who aren’t afraid of getting their hands dirty by building prototypes. We are incredibly enthusiastic about John Hancock’s commitment to the blockchain ecosystem and we look forward to continued collaboration as LOFT builds smart contract based platforms.”

BlockApps chief product officer Kieren James-Lubin echoed Lilic’s sentiment, stating, “LOFT is just that – an organization focused around forward thinking. They are building the technical knowhow and internal stakeholder support that will allow John Hancock to be a disruptor rather than a disruptee as the blockchain revolution materializes. We are extremely enthusiastic about our partnership with LOFT.”