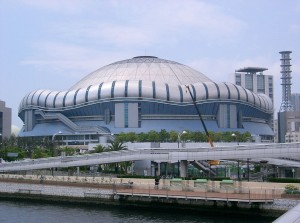 Tech Bureau, a Japanese blockchain company that also operates one of the country’s largest cryptocurrency exchanges, has closed a Series A financing round in which it has raised ¥670 million ($6.2 million).

The company has formed strategic partnerships with its investors with the goal of developing and promoting bitcoin services and blockchain technology. SMN Weekly reported that Tech Bureau will use the funding to improve and expand its Zaif cryptocurrency exchange, R&D and testing of its blockchain technology Mijin, recruit more personnel and open offices overseas.

SMN Weekly noted that Zaif set record bitcoin trading volumes last month. According to an April 8th report, Zaif set a 24-hour record in bitcoin trading volume with 45,000 bitcoins, worth approximately ¥2.1 billion ($19.3 million). It beat the previous day record (on April 6th) where there was a turnover of 33,000 bitcoins worth ¥1.5 billion ($13.8 million), making Zaif the first bitcoin exchange in Japan to pass the ¥1-billion mark in daily trading turnover.

Tech Bureau launched its Mijin technology in September 2015 with the goal of getting financial institutions to slash their infrastructure costs by up to 1,000 percent by 2018, said SMN Weekly. The platform allows anyone to easily set up a blockchain on a peer-to-peer network. The news outlet said Mijin blockchains can replace traditional databases used in creating a variety of services and systems, such as airline mile programs, payment services, online games, financial platforms and point systems.