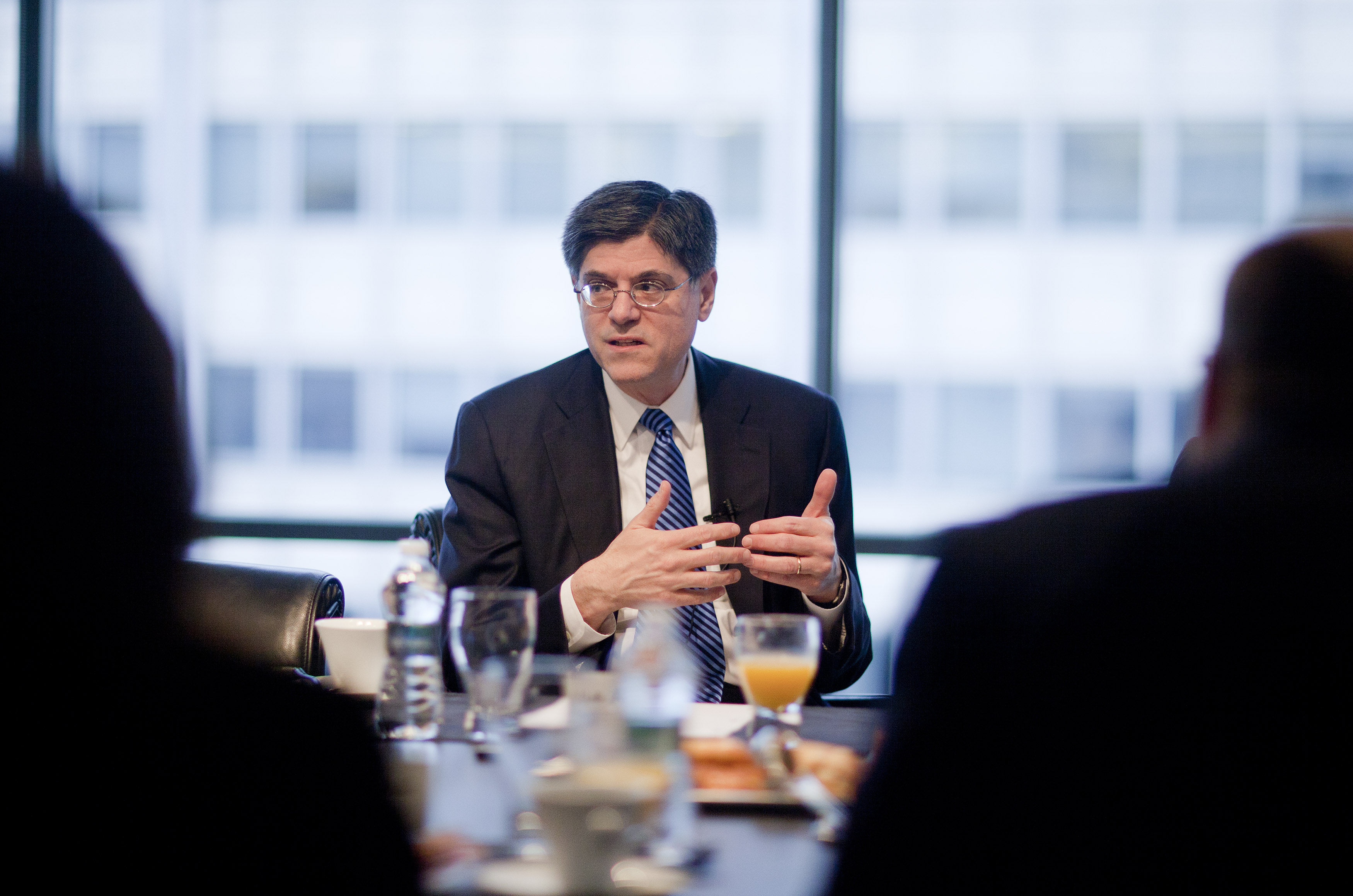 Jack Lew is positive that our staggering economy will level itself in position for relief and growth. He offered his expertise on minimum wage and bitcoin, and how they will assist economic growth. His message to us all is that “there’s work to be done.”

Lew, the Treasury Secretary, has been encouraged by Congress to set up a budget spending bill and measure a debt limit. Lew believes that this solution of conducting business may work, but only for a couple of years.

In an interview with CNN, Jack Lew spoke about preparing for the upcoming G20 meeting in Australia later this week. The event allows central bank leaders and financial systems to meet and discuss recovering economies.

Lew spoke about the situation of the government shutdown of last year, and how Washington is starting to get its act together. He says:

“The last four months have been very different from the prior two years.”

However, Lew states that an ‘arc of progress’ has sustained jobs for many Americans within the past 6 months. He added that there is room for growth, as this past December and January did not meet expectations of people getting hired.

Lew suggests that an increase in minimum wage will likely not happen. An argument arose by Washington’s Democratic party, who want minimum wage to start at $10.10. However, most congressional watchers feel it’s unlikely to pass.

Those for and against the increase in wages found out that a wage increase could bring 900,000 people out of the poverty line. Simultaneously, it will render 500,000 people unemployed. Lew said:

“I don’t believe that it’s right for people to work for 40 hours and take home pay that’s below the poverty line.”

As for bitcoin, Lew says that non-regulation of digital currencies will soon come to an end. He said that bitcoin has to undergo regulatory balance. Bitcoin must be seen on the same level playing-field as cash. This will help prevent illegal abuse of the digital currency. The Treasury Secretary says:

“Just as with cash or checks, if there’s virtual currency or online payment methods, they’ll have to comply with all the same laws that everybody else complies with. It’s not going to be OK to do illicit activity, whatever form of currency you’re using.”

Other institutions such as the Stanford Graduate School of Business feel bitcoin has its fair amount of strengths and weaknesses. Stanford scholars Susan Athey and Bilaji Srinivasan were interviewed by the Stanford News Service on their take of bitcoin.

Both intellectuals had their opinions on how the bitcoin system is impressive, as well as what could be done about its flaws. Athey supported the idea of the bitcoin ledger BlockChain.info. However, she says that bitcoin’s volatility has to be its biggest weakness, as the value of each coin constantly fluctuates.

Srinivasan was in favor of bitcoin’s decentralized culture, but said the protocol is still too young to expect much from it. With time, Srivivasan believes that the currency’s protocol will improve.

With more attention circulating around bitcoin, the digital currency can only move forward. Lew, Athey and Srinivasan understand that a new currency won’t become perfect over night. Time will mold bitcoin into a more fully functional and organized institution. As more people levitate towards it, bitcoin will gain the mainstream attention it needs to function.

Hi there, My name is Ali Najjar and I recently graduated from the City University of New York with a Master's in English. I am a writer for Coinreport.net.
Previous Story