In an interview with Bloomberg,“Bloomberg Surveillance,” Howard Ward, the Gamco CIO (Chief Investment Officer) of Growth Equities, discussed his stance on Bitcoin. Ward thinks Bitcoin is worthless, odd, and like a digital furby doll. 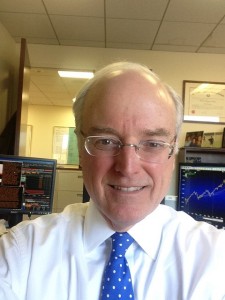 When asked about what Ward thinks about Bitcoin, the Gamco CIO replied,

“As a fiduciary, if I invested in Bitcoin, I’d expect to be sued.”

Adding salt to the wound, Ward says that he would have to payout in dollars if he were sued, implying that he can’t even use Bitcoin as a way out. Towards the end of the interview, one of the reporters asked about the theoretical foundation of Bitcoin. Ward mentioned the incident when Matt Miller of Bloomberg unwittingly showed his Bitcoin private key code during national television only to find out later that it had been stolen. Ward says,

“In my opinion, and I’m not an expert on Bitcoin, but I think it’s worthless.”

There are a couple of things wrong about this statement. The first, since Ward himself says that he doesn’t know much about Bitcoin and that he is not an expert at it, his opinion is biased. This is because it seems that he hasn’t done enough research about the digital currency to be able to have a valid opinion on it. When one has an opinion it should be backed up with some sort of proof, otherwise the opinion can be negated. In addition to this, Ward has preconceived negative feelings towards Bitcoin because he is a fiduciary and doesn’t see Bitcoin’s worth.

The second thing that is wrong about the statement is that Bitcoin is not worthless. In fact, it has inherent value that stems from the fact that Bitcoin is limited in quantity and is in high demand. The law of supply and demand says that when something is in high demand, but there is a low supply of a product, the product’s price increases. This is what has happened to Bitcoin.

The third thing that is wrong about this whole thing is that mentioning Matt Miller serves as a reminder that Bitcoin like any currency can be stolen and the user has to safeguard it. Due to the fact that Bitcoin is based in the digital realm, one can steal it virtually. Cash is physical and one can steal it in person. Hence, it wasn’t very wise of Matt Miller to even show his private key code on the television and this shows just how little he knew about Bitcoin at the time. In addition, it also shows how little and how biased Ward is towards Bitcoin as he discussed this incident in the interview in order to undermine Bitcoin’s value.

When discussing his stance on Bitcoin Ward likens Bitcoin to the craze of Furby dolls. He says about the digital currency,

“This isn’t a real currency. This is like a digital Furby doll. We had a furby doll craze 20 years ago too.”

One of the reporters asked if there was a need for alternative currencies to the regular US dollar, Euro, Yen, or others. Ward answers,

“You can’t just invent a currency; I find the whole thing odd.”

Another reporter makes an interesting respond to Ward’s comment. The reporter said that if a person was in prison and traded cigarettes for things back and forth, doesn’t that mean a new currency has been created. It is even more interesting that this comment was brushed aside.

However, the report made a valid argument. A currency gets its value and worth from the people who accept it. There are many people who accept Bitcoin as a valid form of currency with value and this is one of the reasons as to why Bitcoin has survived for five years so far.