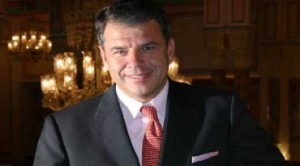 “They could take off in developed countries first, but a lot of issues need to be addressed before they go mainstream in underdeveloped nations.”

Ersek is saying that some issues in digital currencies need to be resolved in order for them to become widely accepted. Ersek also says that as the CEO of Western Union he’s been asked countless times about his position on digital currencies. As such, he has taken to Fortune to talk about his viewpoint.

Ersek says that digital currencies are “First World” in nature even though they attract venture capitals, entrepreneurs, and the media. The Western Union CEO asks,

“a primary question remains — do such innovations, as we know them today, address the needs of consumers and businesses on both sides of an international transaction?”

In response to his question, Ersek says that in the digital currencies’ current form, the answer is no. However, virtual currencies have potential that the Western Union CEO is watching with avid interest.

Hikmet Ersek questions whether digital currencies are practical for international payment. For instance, would someone in a country village in Philippines be able to use virtual currencies? Or perhaps such a person would prefer cash or would like the money to be placed in their bank account. From this, it is evident that in order to send money internationally, one must know and understand who the digital currency is being sent to and if its applicable.

In addition to this, Ersek says that trust is a huge factor when transferring funds. The Western Union CEO says,

“While digital currency has potential to enhance customer and business trust, several recent events within the space underscore the early-stage development of the technology.”

Ersek says that without consumer protection, he believes that customers and businesses will continue to use cash, banks and credit cards. Hence in order for virtual currencies to succeed, they need to have better customer support.

“Consumer adoption is just one part of the digital currency story. Regulation and compliance issues also need to be addressed, and much work remains to be done in this regard.”

In conclusion, Hikmet Ersek believes in the potential of digital currencies, such as Bitcoin. However from his viewpoint, much work is needed to be done in order for Bitcoin to spread to mainstream.