This report has been edited to include Dave Ripley’s explanation on how the service works and hyperlinks.

“We see many fantastic wallets, applications, and developer tools in the bitcoin ecosystem, but nearly all do not enable users to buy and sell bitcoin,” said Glidera CEO Dave Ripley in a press release sent to CoinReport. “Glidera lets any wallet developers offer the ease of use of an integrated conversion service.”

In an interview with CoinReport, Glidera noted many challenges to be solved in order to offer a non-custodial Bitcoin conversion service, including regulation, compliance, bank relationships, fraud management and liquidity. “Most of these parts of the value chain are on the back-end behind the scenes, but they require substantial time and effort. The process leading up to the invite-only period involved intense work on putting all of these pieces in place.”

Ripley explained to CoinReport that users go through a standard setup process to open and verify a Glidera account. This entails inputting user ID information and verifying a US bank account. Once these steps are completed, users can then purchase Bitcoin directly from Glidera using their verified bank account. Most importantly, said Ripley, is that all of this functionality is available through the company’s API; wallet developers can add this service to their apps. The steps are the same and users always interact and transact directly with Glidera but can do so without leaving their preferred wallet app.

Since its service is entirely non-custodial, Glidera never holds user funds, which the company said in the press release integrates particularly well with user-controlled Bitcoin wallets. The startup takes on the aforementioned challenges, allowing software developers to concentrate on creating secure applications with great user experiences.

“We serve as the bridge between the traditional financial system and the bitcoin ecosystem, allowing developers to focus on what they do best: building great applications with a great user experience,” said Ripley in the press release. “Glidera also provides a revenue-sharing program for wallet providers and application developers, providing a continuing stream of revenue instead of a one-time sign-up bonus from other services.”

In an interview with Inside Bitcoins, at whose Chicago conference in July Glidera won the startup challenge, Ripley explained how revenue is shared with application developers.

Ripley added that the fee for buying or selling through Glidera’s API is one percent.

Asked why it is important to offer a revenue-sharing program, Ripley told CoinReport, “Today, there are a great many wallets and applications in the bitcoin ecosystem. However, many do not yet have clear ways to monetize their offerings and fund their continued development efforts. We see this program as a way to ensure these developers continue their success.”

In addition to winning the Inside Bitcoins’ startup competition, Glidera was selected among 10 companies for TechStars Chicago’s summer program. The company already feels highly “accelerated,” said Ripley to CoinReport, adding that the TechStars team and program have added great value to Glidera in terms of guidance, networking and exposure.

Glidera is also among the inaugural incubator firms with the Chicago Bitcoin Center, which opened in July. The Center is dedicated to education, innovation and development of blockchain-based technologies.

“The bitcoin ecosystem in Chicago starting to pick up steam,” said Ripley to CoinReport. “It’s true that both [U.S.] coasts currently have more activity than Chicago. However, Chicago does have a strong FinTech community. The Bitcoin Center will play a critical role in continuing the growth of the bitcoin ecosystem. Tally Capital and the other individuals have done a great job of growing the activity in and around the center to provide resources and build awareness.”

Ripley also spoke about the regulatory environment with respect to Bitcoin, stating this continues to evolve across all geographies.

“Similar to many individuals and business, various regulators are beginning to spend more time focusing on bitcoin and other blockchain technologies,” said Ripley to CoinReport. “The increased regulatory clarity is beneficial but we also feel that the regulations should serve a clear purpose and, most importantly, be based on real data showing benefits for consumers.”

Ripley touched on the trend among financial institutions and venture capitalists making investments in Bitcoin or blockchain technology.

“I believe that many of these organizations took the time to really understand the technology after some of the hype from 2013/2014 subsided,” he said. “Upon doing so, they realized just how powerful the technology is.”

Currently, Glidera is focused on moving through its invite-only period and reaching general availability in the near future. The company is also working with a number of Bitcoin wallet and app developers as they seek to leverage Gildera’s API.

“In the longer term,” said Ripley to CoinReport, “we do have interest in potentially expanding our support to other digital currencies and assets.” 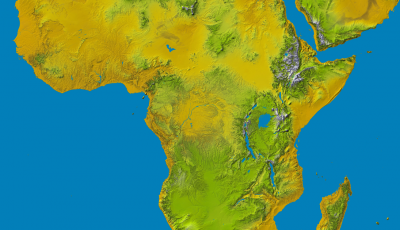