Blockchain technology firm Gem has announced the launch of a new initiative called Gem Health, a network for creating applications and shared infrastructure in healthcare.

Back in March, Gem was reported to be working with a number of partners in the healthcare industry to bring blockchain solutions to the sector.

In a company blog post, Gem makes the case for blockchain as the “modern infrastructure that unlocks channels for services to connect, while balancing the need for strong data privacy and security” in the healthcare industry.

“Healthcare is currently experiencing the strain of digital services that run on top of antiquated, paper-based infrastructure, much like banking and finance,” said the blog post. “Individuals want more interconnected services and a more personalized health plan, but for providers, this is impossible. The cost of providing personalized care to everyone is too high, and the risk of exposing such an interconnected ecosystem is too great. The result is a fragmented and heavily siloed industry, where having incomplete information is just part of the job.”

The post said, “Blockchains will inevitably create a new fabric that connects the entire healthcare industry, weaving together critical data from every stage of the continuum of care. We believe that blockchain networks are a scalable solution for shared infrastructure that keeps critical patient data in the right hands.”

According to a report by International Business Times (IBTimes), Gem Health’s goal of providing the data infrastructure to support an internationally integrated healthcare continuum includes a community-driven educational component and plans to develop a private Ethereum network for creating enterprise healthcare applications.

IBTimes reported that the launch of the new initiative coincides with Gem bringing on its first enterprise partner in healthcare – the Philips Blockchain Lab. Launched earlier this year, the Lab, based in the Philips headquarters in Amsterdam, “offers a dedicated environment where Philips IT experts, healthcare professionals, partners and blockchain developers will work together on research and exploration of potential use cases using the innovative cryptographic technology,” according to a description on Philips’ website. 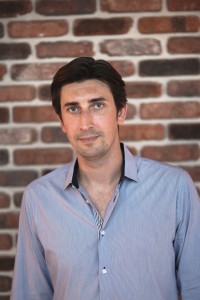 IBTimes cites in its article several use cases related to the applications Gem is exploring. For example, pharmaceutical companies could have end-to-end visibility in their own supply chains through an immutable and fully auditable record traces inventory back to the origin. Micah Winkelspecht, Gem’s CEO, told the publication that by using a blockchain, basic analytics could demonstrate the authenticity of a pharmaceutical product anywhere in the supply chain. He also said blockchain-based universal healthcare identities could reduce errors when bringing on a new patient while maintaining patient privacy.

“Use cases of distributed ledger technology span the entire healthcare continuum, a whole range of processes from wellness and prevention to billing and claims,” said Winkelspecht in an interview with Bitcoin Magazine, noting that a lot of healthcare companies had started reaching out to Gem. “We need a patient centric model for healthcare and particularly how to secure clinical data.”

Winkelspecht said physicians themselves were among the most interesting groups that connected with Gem when it began talking about blockchain and healthcare. “Many of them see the problems with today’s technology and are fed up with the current system,” he said to Bitcoin Magazine. “Physicians want to help. And so we want to create [a] platform for all the different stakeholders to collaborate.”

Winkelspecht is bullish about Ethereum’s prospect of offering a suitable, evolving technology structure for Gem Health. “We chose to develop this network on the Ethereum blockchain because we’re driven by customer need and look for platforms that satisfy those needs,” he said to Bitcoin Magazine. “Because Ethereum is trying to build a global computer for general use, it is [a] good platform for diverse use cases. It doesn’t make a lot of strong assumptions and it has a really great community building lots of different tools.”

Gem speculates that entire sectors will be underpinned by blockchain networks, and the early concentration on payments and financial applications is a limitation to overcome, said Bitcoin Magazine. “We found that a lot of the discussion around blockchain was so focused on the financial industry and we felt that was a limiting view of the blockchain,” said Winkelspecht to the publication. “We decided to start creating some content around non-financial use cases of the blockchain and found that there was a lot of interest beyond just the financial sector.”