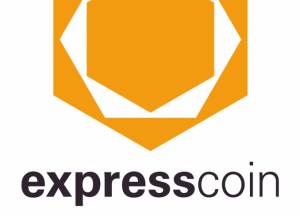 One of the most awkward elements of using Bitcoin is trying to exchange it with traditional fiat currency. One day, maybe, it’ll be possible to get by entirely without touching USD, earning a salary in Bitcoin and buying goods in Bitcoin. Until then, though, there’s a huge need for services that allow people to translate their Bitcoin holdings into the roma pecuniam of the time and back again. As matters stand right now, because credit card and PayPal transactions can’t be used due to the risk of chargebacks, the available options are mostly bulky, unreliable, and slow.

Bitcoin exchanges are especially tenuous propositions right now, in the grim new post-Gox world of Bitcoin finance. Right now, the de facto standard is CoinBase, an online wallet and exchange that’s polished, secure, and by all accounts a joy to use. However, CoinBase isn’t available outside the United States, and it requires a bank account to use — effectively putting it out of reach of the ten million unbanked or underbanked families in the US, and the countless more outside of it.

Expresscoin: Bitcoin for the UnBanked

Expresscoin, a rebrand and restructuring of CashIntoCoins, hopes to fix all that. Expresscoin is a Bitcoin exchange targeted at the unbanked of the world. Expresscoin doesn’t require users to link it to a bank account or an ID (provided they don’t want to buy more than $1500 a month), and allows for a variety of alternative payment options, including money orders, wire transfers, and personal checks. On the payment side of things, users can supply their own wallets, and see their own balances in one convenient location.

To further make the occasionally-arcane world of Bitcoin accessible to lay audiences, the company has hired a number of dedicated support employees that its CEO, Will Wheeler, says will help the company stand out from the competition, especially with poorly educated or non-technical demographics. Wheeler put it this way:

“We are much more than just a bank or financial services company. What differentiates expresscoin from other cryptocurrency providers is customer service […] After noticing a lot of customer complaints on other sites about issues with banking, it became obvious to us that we could do better, which is why we created expresscoin. We spend more time and effort on customer support, and have a full team dedicated to making sure the customer experience we provide is the most proactive and efficient experience available,” said Wheeler.

Right now, the team has only nine core developers and the exchange supports only Bitcoin and Dogecoin, although they hope to expand soon to a broader suite of cryptocurrencies. Regardless of the final fate of Expresscoin, the idea of bringing Bitcoin to the poor of the world (people who can’t necessarily depend on local fiat currency or their government in the way that we take for granted) is a critically important idea, and one that will make someone a lot of money, sooner or later.