Digital currency and blockchain platform Emercoin announced partnership with software giant Microsoft earlier in the month. Emercoin said that under the partnership it will be delivering its suite of blockchain services to the Blockchain-as-a-Service (BaaS) marketplace of Microsoft’s cloud computing platform and infrastructure, Azure, later this year.

“We currently have eight EMC services we will be adding to the Azure Blockchain-as-a-Service marketplace with several more to come later this year. Azure users will be able to install and make use of innovations such as digital proof of ownership and identity, passwordless authentication on the internet, network security, the first distributed advertising network and many E-commerce solutions like the Emercoin secure micropayment service.”

Cassidy said Emercoin’s blockchain services that are slated for inclusion into the Azure BaaS platform include (with added details): 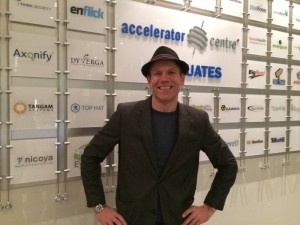 “Lately there has been tremendous increase in awareness of Emercoin due to our recent partnership with Microsoft to join the Azure cloud’s Blockchain-as-a-Service platform. We are thrilled to be one of the very first partners in the program to bring our blockchain services to the public. Given how many services we have that are ready-to-use for any business or individual, we believe Microsoft has found the perfect candidate to introduce their Enterprise customers to blockchain technology.”

The Emercoin platform is made of the digital currency EMC and its distributed ledger, the Emercoin blockchain.

Talking about the platform and the team’s efforts, Cassidy said:

“Emercoin is a leading digital currency and shared ledger platform that focuses on scalable, innovative blockchain services. The currency [EMC] was officially launched on December 11th, 2013 and since then the Emercoin Team has worked diligently on developing functional solutions to real world problems. We have succeeded in doing this by pushing the limits of blockchain innovation to a level that is unparalleled in the marked today.

He revealed several more services for the Emercoin blockchain are coming later this year.

“We have many more innovative services for the Emercoin blockchain coming later in 2016. Additionally, there will be some truly forward thinking features being added to Emercoin (EMC) that will increase the utility of the currency.”

Regarding EMC’s value, he said it has doubled over the last few months, and there is room for the cryptocurrency’s market cap to grow several times what it is today.

“Emercoin’s doubling in value has triggered some discussion on whether EMC is undervalued relative to the other top 20 digital currencies. We feel the increase in price over the last few months is simply a reflection of the market taking notice of the value of Emercoin and the many innovations we have brought to the market. The key here is our services are ready-to-use and have customers using them successfully to conduct business today. The Microsoft partnership has certainly brought some additional exposure to the currency and with many partnership on the horizon we feel this is just the beginning of a positive trend for Emercoin.

From a price perspective, there is certainly room for Emercoin’s market cap to grow several times what it is today. Many other digital currencies hold a higher market cap and offer significantly less real-world application and utility. As more businesses of scale and individuals adopt Emercoin, the value of the currency will increase to reflect this.”

“I think the World is now realizing that the true story here is Blockchain technology. Bitcoin is a tremendous accomplishment in that it is the first app to showcase the power of blockchain technology. What we are seeing is that this technology is revolutionary in the sense that it is going to single highhandedly transform virtually every area of business and personal use. Digital currencies that have something more to offer beyond a simple payment network are the future of this industry. The industry is rapidly maturing and accessing what is being offered in terms of value, and this is why I feel many of today’s digital currencies will not survive over the next few years. The message is clear: Innovate or be left behind. For Emercoin, this is a principal we have held to and it has shaped how we have developed our currency (EMC) and our blockchain services.”

EMC is a digital currency with proof-of-stake (POS) + proof-of-work (POW) mining, but focus is on POS, as POW difficulty will gradually increase. EMC is developed by ppc.fixx.ru team. Specifications can be seen here.