Seal of the United States Department of Defense.

The United States Department of Defense (DoD) and the North Atlantic Treaty Organization (NATO) have put out requests for millitary-related technology built on the blockchain, Defense One reports.

Specifically, the project would consist of three phases: 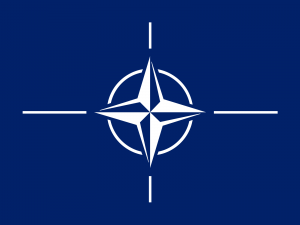 The flag of the North Atlantic Treaty Organization (NATO)

NATO launched a similar call to blockchain-based solutions as part of its 2016 Innovation Challenge, which concluded on May 10th. Innovators were asked to submit a proposal outlining a solution in one of the following four areas:

Within the Blockchain category, innovators could submit solutions related to military logistics, procurement and finance, or a different area of military interest.