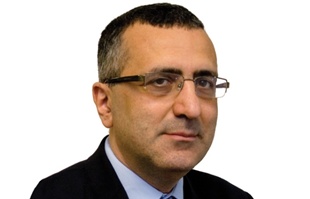 Ben-Ami claims that bitcoin is not money. He wrote:

“To the extent it holds wealth it is only with reference to conventional currencies such as the dollar, euro or yen. It embodies no value of its own as it is not underpinned by even an implicit guarantee from a national state. For that reason it should not be considered money in the true sense.”

Ben-Ami recognizes that bitcoin offers an expression of freedom for individuals to step away from the reliance of governments and banking institutions. However, he states that some critics don’t believe a monetary system can survive without the backing of a government institution.

He then goes on to question bitcoin’s principle of being simplistic. It’s formula is more appealing to “nerds”, yet claims to be for the mainstream. Most bitcoin investors and adopters are tech savvy individuals. It is less likely for grandmas to hop on board the bitcoin option.

Additionally, Ben-Ami states that critics of bitcoin and critics of traditional fiat currencies have one-sided views. He says bitcoin critics are right in that money needs to be backed by the state. However, he admits that there are issues with governments enforced fiat currencies. He claims:

“Bitcoin can play the former role as it provides a high tech way to transfer funds. For this reason there is no reason why it cannot work as a sophisticated payments system.”

The difference between Daniel Ben-Ami’s views and Warren Buffett’s comment of bitcoin not being a currency is that Ben-Ami seems to understand bitcoin and what its purposes are.

Buffett blindly showed dislike for bitcoin, claiming that it is nothing more than a “mirage”.

Ben-Ami and Buffett don’t think of bitcoin in the traditional sense, and that is the point. Bitcoin is a new form of money that will require new rules and new takes on use.