Today’s online donation space is plagued with a lack of credibility. Donors are plagued with clunky websites and high payment fees, not to mention the fact that not all charities are created equal. While some including the American Cancer Society and Red Cross are among the most famous and reputable in the United States, there are numerous others that lack that level of visibility. Most are trustworthy; others are not.

The online platform Catapultian aims to change the way donors interact with charities and nonprofits. Users have one account they can use to donate to any organization in the United States that can receive tax-deductible donations. Starting this month, users can donate with bitcoin.

I had the pleasure of speaking with Josh Kovler, the co-founder of Catapultian, to learn more about their platform and how it’s changing the landscape of online donations. Below are his responses sent via email.

Carlo: Can you tell us about your background? 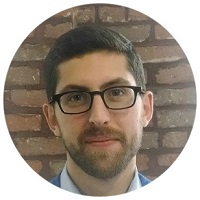 Josh: My pre-Catapultian background is in corporate finance. I worked at Lazard in its Corporate Finance Group, which advises companies on capital structure and capital raising activities.

I started Catapultian with my co-founder, Max Evans, about 3-years ago. Max was working at Epic Systems prior to Catapultian.

The rest of our team, all of whom are amazing and way smarter than both of us, predominately have experience in either web development and/or nonprofit advisory services.

Josh: A number of years ago, a friend asked me to attend a charity fundraising event with her.

The event was basically a party at a nightclub. Actually, if I hadn’t bought a ticket in advance, I may not have known the difference between that night and a lot of other nights in New York… I guess part of the ticket value went to a charity. I can’t recall, which charity was involved.

The event was fun, but I walked away from it a little annoyed. Besides a few self-congratulatory announcements about how benevolent we all were for showing up for “such a great cause,” the night had nothing to do with the charity. It felt vapid. And honestly, a little disrespectful.

To me, the implication was either:

None of those scenarios sit well with me. You would think the first two would bother me the most, but it is actually the third one. Because leveraging relationships to raise more money without explaining the value proposition isn’t the image of community I grew up with or believe in.

Don’t get me wrong. I don’t think fundraising should feel like volunteering, I don’t need to see the operations first hand. Just like when a company raises money from public investors, the investors probably don’t need to see the code when investing in a software company or look over internal engineering plans for an airplane when investing in an aerospace company. But, as I mentioned before, part of my professional background was in capital raising for for-profit companies. The process nonprofits were using looked a whole lot like running a nightclub or an event planning business than capital raising.

And when you look around at what is going on the nonprofit fundraising world in general, at least as it pertains to individuals, whether it is online marketing; or phone solicitation; or raffle; or walkathon; or concert; or gala; or what have you; “hit them up when they are aren’t expecting it” model seems pervasive. There is [very rarely] a concrete plan put forth to individual donors.

So our grand vision is really to improve the entire fundraising process for individuals. Ultimately, this means increasing donor engagement with nonprofits, and increasing transparency.

And the first major step in this is giving individuals access to a tool like what we’ve already developed at Catapultian, which truly enables them to be thoughtful with their current giving. And there is more in the works…

Carlo: How does Catapultian work?

Josh: On the surface, Catapultian is really simple. You create an account, deposit funds into an account with us (on a one-time or recurring basis) via ACH, bitcoin, or Credit Card, and then you can send those funds to any organization in the U.S. eligible to receive tax deductible donations. We maintain one receipt for all your giving [and] maintain a lot of data about nonprofit organizations so you may do your own due diligence.

More specifically and technically, Catapultian is a donor-advised fund. When you deposit funds into your Catapultian account you are making a non-refundable, tax deductible donation to Catapultian Foundation, which is a 501(c)(3) public charity based in New York. We maintain a record of how much is in your account (which you see in your dashboard), and you may allocate those funds at any time in the future to any public charity. You can think of it as a charitable savings account; or an alternative to a private foundation.

Then to send to charities, we maintain a full database of all exempt organizations. We regularly audit this. We freeze the accounts on organizations that lose exempt status and add organizations that gain it. And we are working on bringing in as much data as possible about all of these organizations: mission, program overview, management team, board of directors, etc. We actually just added all their financial data, exactly as it appears in the 990 directly to the browser.

There are a lot of donor advised funds out there. It seems esoteric but they actually hold about $50 billion in assets, take in about $15 billion per year and distribute about $10 billion per year to charitable organizations. These organizations are geared towards very high net worth individuals. They therefore have a relatively onerous on-boarding process with high account minimums and annual management fees. Inversely, we don’t have account minimums, and we don’t charge annual management fees.

This is a very attractive vehicle for anyone that wants to be thoughtful with their giving. Think about it: you want to give to charity, but you’re not sure where you want to give. So you put the funds into a charitable savings account, which gives you a charitable receipt and holds you accountable to actually give those funds away in the future. But, now you are free to wait until you have something compelling to give to. It takes away the pressure to give whimsically at the end of the year or when your friend asks you to give. And when you do feel pressure to give because of social pressure you have funds available to do so (you’ve been saving for it). Instead of scrambling, and thinking, where are my funds going to come from?

There is good reason wealthy people use private foundations, and what we are doing is democratizing this vehicle. On the backend, before sending funds to charities, we verify a lot of information about their bank accounts to avoid fraud. You might be able to do ACH from your bank account, but you probably shouldn’t be and the charity probably won’t let you.

Carlo: Can you tell us more about your decision to allow users to donate with bitcoin? Do either of you have experience with bitcoin or other cryptocurrencies?

Josh: I’m not sure exactly when bitcoin got on my radar. I’ve owned a small “walletful” (like handful?) of bitcoin for some time now. For us, adding bitcoin was not a hard decision. Our goal is to be the best way to send funds to charity online.

Credit cards are super expensive; especially on large transactions. If you make a $10 donation the fee online is generally 3.0% + 30 cents. So the charity is going to have an effective 60 cent transaction fee or 6% transaction fee. That’s a lot of money. When you see someone make a $10,000 donation and pay a $300.30 fee, it’s just painful to look at. $50 for the same transaction isn’t great. But it is a lot better.

Carlo: Bitcoin aside, why should people choose Catapultian over other forms of donations?

Josh: Early on, we said that while there [are] a lot of cool things we can and should build on top of Catapultian’s core framework, the core framework needs to facilitate the easiest and best way for donors to give to any charity.

If you give to charity today and you’re not using us, you should be. It is really that simple.

They’re using solutions that redirect to a payment processing page on a third-party website, which is scary for the user even when the third-party is a trusted service; they are paying above market credit card fees sometimes greater than 4.5%; they offer alternative payment processing; and you have no way of verifying that you’re even on the right page for the organization. Then to top it off, a lot of these guys have been upsold on payment processing + CRM; from CRM services that aren’t industry leaders. Then the CRM costs a flat monthly fee in the several hundreds.

In a lot of cases, at least from the outside, these organizations are getting ripped off. With us the charity gets more of the money you donate.

Carlo: How has the response been from your user base and/or the bitcoin community now that you allow donations via bitcoin?

Josh: So the people I know that own bitcoin are among the smartest people I know. They are often very free thinkers. It definitely isn’t a homogenous group by any means.

With that said, our platform is still relatively new. We didn’t’ build bitcoin process so much to move the needle now. But, more on the belief that bitcoin needed to be built into our baseline architecture. And not tacked on later.

Still, we have a good group of users that do use bitcoin and have tried out donating with bitcoin. The response has been overwhelming positive.

While you’ll need to consult your tax advisor on this, one of the cool things you may be able to do with bitcoin is donate bitcoin that has appreciated in value and reduce tax liability. So for example, say you bought a bitcoin at $100 and it is now worth $400. If you sold that Bitcoin and then donated the proceeds you’d pay capital gains, and you’d only be able to donate the post capital gains proceeds. Alternatively, you may donate the appreciated bitcoin. You can then write-off a donation for the full $400 value without paying capital gains first.

Carlo: What other things do our readers have to look forward to with Catapultian in the future?

Carlo: First, as far as other cryptocurrencies go, we’ve talked about Ethereum a little, but we have a lot of other priorities.

We really want to improve the dashboard that nonprofits have available to them; integrate with a few CRMs, etc. What is really great for us right now is we have a great baseline infrastructure. That means, so there is a lot we can build on top of it and improve the way things are being done. So we’ve got a lot in the works right now.