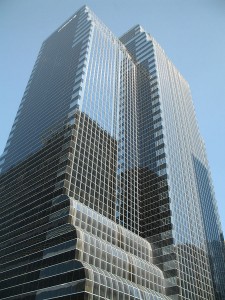 Blockchain technology is not going to take over banks quite yet, concludes a new report from Citigroup.

The paper – produced by researchers Keith Horowitz, Adrien Porter and Michael Cronin – focuses on the use of blockchain-based systems within the cross-border and trade finance areas of global banking, reports the Wall Street Journal.

“We don’t view blockchain as an intermediate-term strategic threat to the profitable high-value cross-border payments business for the banks,” wrote Horowitz, as quoted by the Wall Street Journal. The researcher argued that the main reason for this is the reason that bore the cross-border payments system in the first place: the lack of a true global currency. “Large international banks are needed to transfer value across borders since currencies can only travel physically within their respective central bank system,” says the report.

Horowitz wrote that blockchain technology can help develop a new path for this payment network, but in order to reach some kind of material scale, it will require a true global digital currency at its center. Currently, bitcoin cannot scale up to the size that would be required, according to Horowitz, who wrote that he doesn’t see other contenders on the horizon. “Central banks are likely not willing to cede control of the money supply.”

The Wall Street Journal cites “intermediate term” as a key phrase, noting that bitcoin as currently built is too size-constrained to serve this international business. But commercial banks are not the only ones interested in digital currency and blockchain technology. Regulators and central banks are exploring the field and it’s possible one of them could develop a digital currency that would fill the void identified by Citi, which is probably why Horowitz used the term, said the newspaper.

Horowitz sees more immediate promise for blockchains in trade finance, particularly as a means of replacing the letters of credit to use to finance a sizable proportion of international trade (approximately 20 percent). “Letter of credit is a manually intensive process, making it ripe for digitization,” he said. A typical transaction can entail 150 different records and up to 10 different parties signing off on the transaction. Moreover, wrote Horowitz, about 80 percent of these transactions end up with some form of discrepancy that delays the transaction.

Evidently, a type of smart contract could be developed that would record a transaction’s particulars, codify it through the blockchain, and release the funds only after particular conditions are met, said the Wall Street Journal. “We believe blockchain can help tackle the main challenge of trade today, which is just taking the paper-based process and digitizing it, while adding features such as smart contracts that would trigger actions such as payment release and/or shipping of goods,” wrote Horowitz.