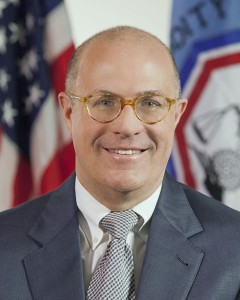 Earlier this week, J. Christopher Giancarlo, a Commodity Futures Trading Commission commissioner, said that if blockchain technology had been around in 2008 and used by Lehman Brothers, then the investment bank bankruptcy that spurred the economic downturn would never have happened.

Forbes reports that Giancarlo claimed the use of blockchain technology would have made it obvious to regulators that Lehman Brothers’ financial moves were going off the rails.

“If an accurate [blockchain] record of all Lehman’s transactions had been available in 2008, then Lehman’s prudential regulators could have used data mining tools, smart contracts and other analytical applications to recognize anomalies,” said Giancarlo. “Regulators could have reacted sooner to Lehman’s deteriorating creditworthiness.”

Based on that, Giancarlo stated regulators should not get in the way of banks that have been experimenting with blockchain technology, said Forbes. The commissioner compared blockchain’s emergence to the Internet’s evolution, and called for the adoption of a “do no harm” regulatory doctrine toward the development of blockchain identical to the edict the government made with respect to the Internet’s growth more than 20 years ago.

The magazine reported that accomplishing a “do no harm” mandate would require multiple regulatory bodies, such as the FIDC, FinCEN and CFPB to collaborate on developing a simple guiding framework that banks could follow without concerns about whether or not they are jumping though all the different hoops these bodies would otherwise establish on their own.

But it’s unclear that blockchain technology is a silver-bullet solution to financial crises, said Forbes. Some have scoffed at Giancarlo’s remarks.

Ely believes it’s unrealistic to think regulators will collaborate to get blockchain technology off the ground, stating that cross-organizational teamwork is not a particularly strong suit among regulatory bodies. “These agencies are bureaucratic fiefdoms,” he said. “They get jealous of each other. They have turf wars. They don’t play together well. And even if they did try to work together, they have genuinely different points of view and different philosophies.”