CoinReport spoke with Stadum via e-mail about his position at Kraken.

CoinReport: In the press release about your appointment, you said that during your external audit of Kraken you became more and more interested in the remarkable opportunities ahead for Kraken. What are the opportunities that you discovered? 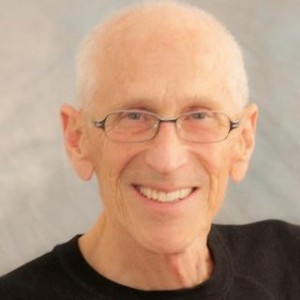 Edward Stadum: The addition of ether to the Kraken platform, the opening of Kraken’s business in the U.S., the opportunity for Kraken to play a significant role as a Market Data contributor in the Reference Rates and USD-BTC Index project recently announced by CME, as well as the possibility of engaging in an active M&A program as the BTC exchange business around the world consolidates.

CR: What was the process like to join Kraken as its General Counsel?

ES: Straightforward. As my due diligence examination of Kraken for the Fidor Bank came to a close, Kraken CEO Jesse Powell and I realized we had between us a great fit. We commenced negotiations and over a period of several weeks brought them to a successful conclusion, and I came aboard shortly thereafter.

CR: In an interview with CoinDesk, you cited ransomware (legal implications of knowingly setting up accounts to pay ransoms) as a top priority. Do you have any other key priorities in mind for the next year?

ES: A bitcoin exchange such as Kraken is constantly confronted with complex and often unforeseen challenges raising new policy and legal issues for the company generally and its General Counsel in particular. It is my mission to help Kraken navigate these waters.

CR: According to the press release, regulation is among the areas in which you’ll advise Kraken. Last August the company withdrew services for New York because of the BitLicense in that state. What’s your take on regulation?

ES: We all recognize that the successful operation and growth of our business depends absolutely on compliance to regulation. While new regulations are sometimes complex in nature, they are here to stay and we do our best to learn new law, communicate effectively with the regulators, work with them, and come to mutual understanding.

CR: When did you first learn about cryptocurrency? What is it about bitcoin and other cryptocurrencies that appeal to you?

ES: At the Future of Money and Technology Conference in San Francisco in December 2013. The conversation at the conference was all about bitcoin, and the panelists and participants were on fire with excitement over the new technology. Following the conference I began attending bitcoin meetups and developers’ digital currency workshops and studying this intriguing and often complex new way of using cryptography, the network, the miners and the platform to break free of the slow, costly and irritatingly complicated rules and financial culture of the legacy banks.

CR: What are you excited about the most regarding your position at Kraken?

ES: The prospect of bringing my long experience in the law to the service of a leading exchange such as Kraken and playing a major role in intelligently guiding the company through the new landscape of novel and sometimes difficult legal issues and into the exciting financial technology future which lies ahead.