A Conversation with Chester Davison, Founder of Bitszer

Mobile gaming and virtual reality are just a couple examples of how electronic entertainment never ceases with innovating new ways to engage consumers. Of course, the ways players pay for games has also changed. No longer is purchasing a game the end of the consumer-business relationship. DLC and micro transactions, for example, give customers access to additional content for the games in their libraries. Within certain games, such as the MMO World of Warcraft, players can purchase in-game items with actual money and trade with other players. 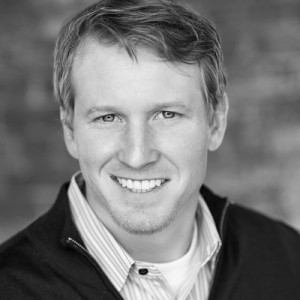 It’s within this space that Bitszer is trying to incorporate bitcoin. Bitszer allows developers to incorporate a bitcoin-driven auction house into their games. Though still in development, the platform will be available for console, mobile and PC games. I had the pleasure to speak with Chester Davison, founder of Bitszer, to discuss the beginnings of the platform. Below are the responses he sent via email.

Carlo: Can you tell us more about your background?

Chester: I own a gym in Colorado and I attend BYU as a full time student studying chemical engineering.

Chester: I had heard about cryptocurrencies but never got involved with them until I had a renter who paid me in bitcoin.

Chester: I read an article once about people playing the popular game world of Warcraft, except these people didn’t play the game in the conventional sense. They didn’t join groups and go on adventures. They chose to spend all their time trading items on the in-game auction house. To them “winning” the game was gaining more digital currency. They got a sense of fulfillment by watching their gold amount increase. It seemed there should be a way for people to monetize their game time, but conventional currencies with transaction fees wouldn’t work, plus many items are worth less than a penny so only large transactions would make sense.

Then along came cryptocurrencies with all their benefits. To me it seemed logical that these virtual currencies would be first used in virtual environments, and I waited a couple years before I decided that I would take advantage of the opportunity. It is inevitable that cryptocurrencies will be integrated into digital platforms like games, and Bitszer is positioning itself now to lead the way.

Carlo: Give us an overview of Bitszer – what is the platform like? What can people buy with bitcoin?

Chester: Bitszer is in alpha testing. Right now Bitszer is about 33,000 lines of code. We are currently testing all aspects and improving on the product.

Carlo: What types of games will people be able to use Bitszer with (e.g. PC, Console?). In other words, are developers allowed to integrate Bitszer with any game they might be creating?

Chester: Bitszer can be integrated into any online game. It will work with PC, mobile, console etc. as long as it has an internet connection

Carlo: How receptive has the gaming development community been? Have you had solid interest from developers in taking advantage of Bitszer?

Chester: Bitszer is still in development stage. We have had a lot of interest from gamers and a fair amount from developers.

Carlo: Today there’s still a stigma around bitcoin from the perspective of the general public, as it’s been mostly touted by the mainstream press as being unstable or associated with illegal activities (e.g. Silk Road). Do you think this will impact the acceptance of Bitszer moving forward?

Chester: You are correct that there is still pockets of skepticism around bitcoin. The average gamer does not own bitcoin, however when they play a Bitszer game and start selling items on the auction house, they will start earning bitcoins. That kind of quantifiable achievement will erase all negative biases in the mind of that particular gamer.

Carlo: Can you tell us more about Bitszer team?

Chester: The Bitszer team consist of myself and a small team of contracted workers. We are nearing the end of the development and testing phase and will soon be bringing on in-house engineers.

Carlo: What are a couple of your favorite video games?

Chester: I am not a big gamer. I tried playing world of Warcraft but was not very good. I am even worse at first person shooters. I have never owned a game console. I have downloaded a bunch of games on my phone like clash of clans but lose interest after a couple hours. My favorite game would have to be chess.

The Bitszer code is massive and very complicated. The skeleton of it is a stock exchange, similar to the NASDAQ or NYSE, but our currency is not dollars its bitcoin and our commodities are not shares they are digital items. Because bitcoins have tangible value we have to make sure that our software is secure and hacker resistant. The first Bitszer games will be coming out in Q4 of 2016.