At the Latin American Bitcoin Conference, taking place in Brazil in early December, Roger Benites, founder of the Peruvian startup BitInka, will launch his service: a combined digital wallet and Bitcoin exchange.

According to a CoinDesk article, BitInka users can send and receive Bitcoin as well as fiat currencies. The company currently supports the US dollar, as well as the fiat currencies of Argentina (peso), Bolivia (boliviano), Peru (sol), and Venezuela (bolivar).

The company has a branch in Bolivia, and locations in Argentina and Venezuela are in the works.

Consumers who live in Bolivia and Ecuador will not be able to purchase Bitcoin, but can send money to others using the digital currency as a trading index, or exchange rate – which Benites said will be stated clearly in BitInka’s legal terms. He told CoinDesk that his company uses the term “trading index” rather than “exchange rate” because “bitcoin is not a legally declared coin, but it can be good if two or more people choose to buy and sell it.” 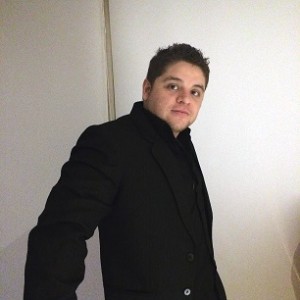 In an interview with CoinReport, Benites, who launched his company last November, said at first the intention was just to create an exchange.

“As we started development we saw a couple of companies across Latin America doing the same thing, so we tried to innovate,” said Benites, who noted that in Peru there were no e-wallets. The company decided to create an e-wallet with a trading platform. This, he said, opened up options such as becoming a processor for micropayments.

Benites told CoinReport that it was around April 2013 when he became intrigued with Bitcoin, having read in local newspapers about the digital currency and the rise in its price. Throughout the year Benites went on buying Bitcoins, but simply kept them in a wallet. But the time Bitcoin reached $1,000 USD, Benites decided to sell his Bitcoins and use the profits to create a Bitcoin business that could make a difference in South America, where, as CoinDesk noted in its article about BitInka, there are regions affected by volatile government-backed currencies, capital controls, and high remittance costs.

“Having suffered these issues myself, I focused BitInka on solving and creating this craved financial freedom on daily finances. We decided to target and use Bitcoin not as a currency but as a product on the wallet offer on our platform where the value is given by the users and they can use it as an exchange index for selling money to other users at a fraction of the cost and time. With this business motto we target specifically countries like Argentina and Venezuela that have restrictions on sending or money.”

Benites said he thinks Bitcoin should be included in banking and financial systems, perhaps developing tools using the digital currency as a guide.

“We integrate Bitcoin on what we have now – on our local banking system and on our credit cards. We apply for countries like Argentina, Venezuela or micropayments or cab drivers who can go ahead using our wallet and go ahead and collect money from their clients. When stakeholders go ahead and try to reach on to new business of Bitcoin…most startups [that] are trying to make exchanges, they’re trying to go ahead and I think… and tell them ‘I’m going to change the world with Bitcoin.’ I think it’s going to be pretty tough if you have a new business and you say you’re going change the whole world. I think you should go step-by-step, integrate with how the world works now and then go ahead and develop using this new tool.”

In late September, Benites entered BitInka into Digital Bank Latam 2014, a startup incubator challenge in Peru designed to showcase new ideas that could improve the local bank industry. Benites went in to get his product noticed and see how bankers would react.

“When I proposed this idea of…including Bitcoins, which is something completely new here…[bank managers] didn’t have that much notion into it,” said Benites, who noted he had only seven minutes to present his product.

While some audience members were receptive to Benites’ focus on the use of BitInka for micropayments and remittances, some asked him why his company was trying to be a bank, or suggested he was trying to compete with banks.

Benites said that “banks need to understand that Bitcoin businesses don’t all target to the displacement of banks.”

“Actually if we are smart we have to integrate Bitcoin with our daily finances and banks have to understand that we can integrate their products such as credit cards on our platform. By doing so we can even help them regain the [tourism market]…By using our platform you pay what’s fair, the amount that is in your wallet changed to the local [fiat] and banks benefit from this because [tourists] are using their product, so basically they have to have an open mind on how to implement Bitcoin and we are giving them an amazing solution.”

Benites told CoinReport that Bitcoin is “basically new technology and before new technology gets implemented, everybody’s going to have a little misconception about it,” and this is what he inferred from the banks.

He said that compared to sending money through a bank in Latin America is not as simple as in the United States or Canada; with respect to technology South American banks are about ten years behind.

“Just last year banks here claimed that you could do it online. Before that, you had to go to a bank and fill out a form. Having all this new information saying basically, I just solved this and in five minutes you can go ahead and do this, is something that sounds too easy for [banks] and by them not being involved I think scares them,” said Benites.

When it comes to regulation, Benites said he believes Bitcoin falls under the electronic money regulations in Peru. Such rules also exist in Argentina, Bolivia, and Venezuela, and Benites told CoinDesk BitInka is using these laws to its advantage.

He explained to CoinReport that if you go into an online market place in Argentina or Venezuela you can buy and sell Bitcoins.

Benites said buying Bitcoin is not permissible in Bolivia, so Bolivian residents using BitInka cannot buy or sell Bitcoin, but they will be allowed to send money.

Benites said Bolivian users can send money because they’re going to use another country’s laws on using Bitcoin as an exchange index. For example, if a Bolivian citizen is sending money to someone in Peru, and they don’t want to use the USD reference, they could use the Bitcoin price as a reference.

Benites said BitInka is not entering Ecuador, whose government has banned Bitcoin and is planning to develop its own cryptocurrency, but if it were to enter Ecuador, BitInka would offer the same option it does in Bolivia: allowing users to send money using the Bitcoin trading index as a reference for the exchange.

Asked what investment will mean for Bitcoin’s growth in South America, Benites, whose company is currently seeking investors, said that “if there is [a] reasonable amount invested [in] a company, let’s say ours, it will not only bring more media [attention] to the product but more assurance of the technology to the community.” He said this would foster more research on Bitcoin technology and reach people who have never heard of Bitcoin. After “showing how our product is something completely innovative and has an unlimited cap for innovation and investment returns,” at the Latin American Bitcoin Conference, “I believe then we can have local partners and investors intrigued [about] our product.”

Benites concluded the interview with CoinReport by comparing Bitcoin to the phrase “We the People” as seen on US paper currency. He said:

“I think everybody forgot about that,” Benites said about the phrase. “Everybody forgot about that, especially in countries like here in South America where we have restrictions…now it looks like the [political] parties are handling the people’s money. By using Bitcoin, we can actually say again ‘We the People,’ because we have miners which mine the Bitcoins, we have investors that invest and we can buy and sell. Basically, the people have the chance of handling their own money or their own finances by using Bitcoin…So in Bitcoin ‘We the People” is actually ‘We the People’ have the financial freedom.”