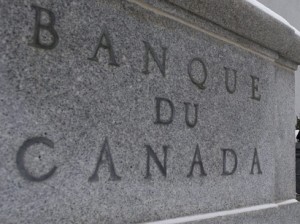 As bitcoin continues to expand in the world of finance, many have come to believe that digital currencies may very well take over fiat currencies. However, some critics don’t think that will come to pass, while others feel we can’t yet determine the success of bitcoin.

The Bank of Canada isn’t too worried about the bitcoin movement. Top officials from the bank testified in front of the Senate banking committee, saying that it is too soon to determine if digital currencies will play a bigger role in the future.

“These are early days … and so far digital currencies have not made it to what we call money. We’ve got a ways to go before we need to be thinking about policy implications.”

He adds that banking officials have been tasked with keeping an eye on the new monetary unit.

Second in command to Poloz, Tiff Macklem, stated on his last day at the bank, that bitcoin success is speculative. His thoughts on the virtual currency are that they are not in a position to threaten existing money.

“I started with the bank in 1984 … and through my entire career at the bank the demise of cash has been much predicted. Cash has been remarkably durable, even with the introduction of credit cards and debit cards and tap-and-go cards. If you look at the growth of cash in the economy, it’s grown roughly in line with the growth of nominal income.”

Cash has stood the test of time for years, however, nothing is impervious to failure. Bitcoin looks to improve on the concept of money, but that doesn’t mean it will be perfect either. However, it may be perfect for a time period where the digital space makes everything fast and easy.

If bitcoin predeceases cash, Macklem says it would effect the Bank of Canada’s balance sheet and ability to regulate money supply. Though the potential is there for bitcoin to do so, he feels that bitcoin is far from ready to go forward to that extent.