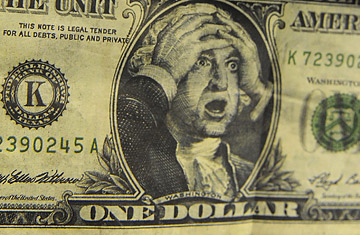 Be cautious with your money.

One of the most tragic figures in the bitcoin community is James Howells of Wales.  Back in June 2013, Howells accidentally threw out a hard drive containing 7,500 bitcoins, which are far more valuable than then they were back then.

At an approximate worth of $1,000 per bitcoin, Howells lost $7.5 million worth of the digital currency.

But don’t go dumpster diving yet, as city workers told the IT worker that it is too late to recover the hard drive. There is no way of knowing how many other people may have been affected by a similar fate to Howells since some

bitcoin miners may have passed away, lost their hard drives, or are simply hoarding bitcoins.

The founder of Bitcoin Black Friday Jon Holmquist, claims that 78% of circulating bitcoins took place in 2012. Studies show that 64% of bitcoins have never been used, and the question is asked, can they still be used?

“Each address has ownership of a certain number of coins. As long as we see any amount of coin come out of that address, we know that since the same person has access to all the bitcoins at that address, they’re not lost.”

Schvey co-founded The Genesis Block, a company that traces bitcoins and block chains. The Genesis Block  is a powerful tool in crypto currency since it eliminates the chance of counterfeit bitcoins being used on the market.

But for people like Howells, is it possible to get back the uncirculated bitcoins? Schvey doesn’t think so:

“It’s extremely improbable, and effectively impossible.” This is what the security of Bitcoin is actually based on. If you’ve lost your private key, the system is so secure that you may not be able to recover it.”

For protection over your bitcoins, CEO of Bitcoin Armory Alan Reiner recommends printing out several copies of your personal wallet information and taking a few precautionary steps:

“You put one in your house, one in your safety deposit box, and give another to a family member to keep at their house. Then, even if your house goes on fire and you lose the first hash, you still have two to recover your wallet with.”