BTC Markets to add DAO tokens to its marketplace 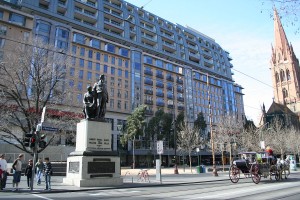 City Square, Melbourne, Australia, from Swanston Street.
BTC Markets is based in Melbourne.

Australian-based cryptocurrency marketplace BTC Markets announced Wednesday it will add support for The DAO tokens on May 28, the same day The DAO is slated to end its token crowdsale. The move will make BTC Markets one of the first exchanges in the world to support these tokens.

BTC Markets said its platform will initially go live with ETH/DAO and BTC/DAO. Following the creation phase of the tokens, it’s possible for token holders to transfer ownership and deposit tokens onto the marketplace for trade, the company said.

The DAO (Distributed Autonomous Organization) has made headlines this week for becoming one of the best capitalized cryptocurrency startups in the world. When CoinReport reported on the crowdsale Monday, the Ethereum-powered entity had raised more than $118 million in USD; as of this writing (Friday afternoon), the organization has garnered more than $154 million, with more than $1 billion DAO tokens created.

As its name entails, The DAO eschews conventional corporate structures, with no governing board or chief executive running it. Its eponymous tokens will be used by holders to vote on and support dapp (decentralized application) startups on Ethereum.