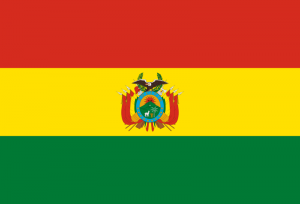 Early last month, the central bank of Bolivia El Banco Central de Bolivia released a resolution officially banning the use of any currencies not endorsed by the government, including cryptocurrencies like Bitcoin, which it called out by name, along with Namecoin, Ixcoin, Devcoin, Freicoin, 10coin, Liquidcoin, Peercoin, Quark, Primecoin, and Feathercoin. After the news of the change in Bolivia’s policy had been published by the Spanish-language PanAm Post, it spread to the western world, drawing widespread criticism from economists, political advocates, and Bitcoin enthusiasts alike.

The details of the ban are fairly draconian: They prohibit the use or ownership of third-party currencies, and prohibit the denomination of prices in any currency except the official currency of Bolivia, the Boliviano. That includes sending money out of the country via Bitcoin, or making most international purchases, effectively isolating the Bolivian economy from the rest of the world.

Bolivia is the first country in Latin America to issue such extreme legislation. It should be noted here that Bitcoin has been growing steadily in use in the region for months now. Many Latin-American Bitcoin users see the currency as a way to transfer wealth cheaply and globally and keep their money in a form that, despite the swings of the market, may actually be stabler and safer than the local fiat alternatives.

The PanAm Post article quotes Mauro Betschart (co-founder of Moneero, a Bitcoin-oriented company) as suggesting that Latin America, and other impoverished regions like it are an ideal staging ground for cryptocurrencies like Bitcoin, due precisely to the instability of local governments and the currencies they sponsor.

“People who live in Latin America … do not trust the government to direct monetary policy. They have suffered, among other problems, from chronic hyperinflation, banking crises, and currency restrictions,” said Betschart.

The resolution suggests that the purpose of the ban is twofold: To protect the Boliviano from being outcompeted by cryptocurrencies, and to protect citizens from losing their money in a cryptocurrency collapse – similar to the justifications of the other two nations to outright ban Bitcoin, Vietnam and Iceland. This, suggests Iván Carrino, is somewhat ironic, since the primary threat to the Boliviano is not Bitcoin, but the Bolivian central bank itself, which has, in the past, engaged in irresponsible inflation on multiple occasions. He compares Bolivia’s situation to that of Argentina, where the central bank has destroyed five national currencies since its inception. In fact, Bolivia has been grappling with rampant hyperinflation (caused by its central bank) as recently as 2006.

It does seem absurd out of hand to state that Bitcoin is likely to outcompete the Boliviano, a wildly unstable currency managed by a notably corrupt central bank, while at the same time suggesting that Bitcoin is simply too unstable and risky for citizens to be allowed to own it. The facade of protecting the citizens of Bolivia is so thin you can see right through it. What we are seeing here is nothing less than a corrupt monopoly using cops and soldiers to preserve that monopoly, against the best interests (and clear wishes) of its citizens.

Bolivia is an instructive example for Bitcoin enthusiasts all over the world, because it shows, vividly, that central banks managing fiat currencies are businesses – and profitable businesses, riddled with perverse incentives that run counter to the needs and desires of the people who use those currencies. For example: so long as central banks exist, there is an incentive to devalue the currency by mass-minting it to fund the operations of the government without having to go through the messy transparency of taxes. Further, there’s also an incentive for the banks to protect their own market base with laws. As we know, businesses that are allowed to outlaw their competition don’t tend to serve the needs of their customers for very long – and, when it comes time to pass the legislation to do it, the excuses all tend to sound the same: “Competition is inefficient,” and “for your own protection” are both old standbys.

The truth is, of course, that competition is almost always good for the consumer. If Bolivia’s market chooses Bitcoin, then clearly Bitcoin is providing some value that the Boliviano is not (for example: an element of good faith). If the Bolivian people choose Bitcoin, then the Boliviano should bow to market pressure and die. “Too Big to Fail” thinking doesn’t work any better for currencies than it does for banks or automakers. The people of Bolivia have a right to choose what money they spend and how, and depriving them of that right for personal gain is shameful, and an indication of exactly how bad the situation in Bolivia’s central bank really is.

The excuses of the central bank are just that – bad excuses.