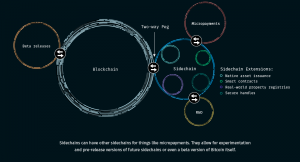 Blockstream – a company whose goal is to create new ways to accelerate innovation in digital currencies, open assets, and smart contracts – announced Tuesday the release of “Sidechain Elements.”

In a company blog post, Blockstream CEO and co-founder Adam Back wrote that “Sidechains are decentralized, peer-to-peer networks that provide useful security, risk, and performance enhancements for global systems of value exchange that don’t need intermediaries, central banks or other third parties. They are distributed ledgers that are interoperable with each other and with Bitcoin, leveraging the most secure blockchain and code infrastructure in an additive way. Sidechains enable innovators to safely develop new applications without jeopardizing Bitcoin’s core code and putting billions of dollars’ worth of digital currency at risk.” 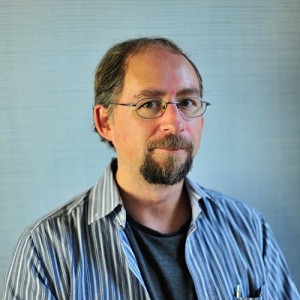 Back wrote that the open-source release includes an experimental sidechain that has a number of working capabilities, and Blockstream is inviting developers to work with the company, to test and use the code for their own projects, and to share their proposals and code for further capabilities.

Back said in the blog that Sidechain Elements entail several components: the core network software to create an initial testing sidechain, eight new features not currently supported by Bitcoin, a basic wallet, and the code for moving coins between blockchains. Blockstream has compiled a collection of elements selected to be both exciting and useful to thee audiences with overlapping interests: the broader Bitcoin community; core technologists and smart-contract programmers; and businesses just starting to explore blockchain use cases.

Back said the initial sidechain works on a federal security model. While it’s still peer-to-peer and consensus-based, blockchain security is provided by a set of predefined functionaries in an agreement named Fed-Peg. A number of academic groups and individual contributors have agreed to run the Sidechain Elements Fed-Peg, including blockchain groups at MIT, Princeton, and Stanford. At this point, the sidechain does not include mining or proof-of-work.

In the coming weeks, Blockstream will publish an early draft of a proposal for a fully decentralized, two-way peg, and merge-mined sidechains, which will allow the company to test other types of sidechain functionality.

Back noted that sidechains are emerging technology, and the work is in its infancy. The code and working sidechain offer a basis for research and prototyping. Blockstream will undertake many of these efforts, and anticipate many others will happen independent of the company with more than 30 major financial institutions launching blockchain innovation projects, as well as interest in this technology from other Bitcoin and blockchain-based ventures.

Back said that while much of the underlying science is not new, this is an alpha code release. The company purposely focused on a Testnet sidechain and strongly urges others to avoid implementations that involve Bitcoin and other real-world assets. He said fiduciary code like this needs significant peer review before moving onto production environments.

Sidechain Elements is available under the MIT open source license, along with initial documentation, on Blockstream’s code repo. Back said the company will make itself available to collaborate with developers, and invites the technical community to join the discussion and get involved in advancing sidechains and distributed ledger technology.

The launch of Sidechain Elements comes more than six months after Blockstream closed a $21-million seed round, which was led by LinkedIn co-founder Reid Hoffman.

Reporting on Tuesday’s announcement, the Wall Street Journal said that since announcing the seed round in November, the idea of sidechains has drawn much attention in the Bitcoin community because it could circumvent the fundamental problem that to make key, innovative changes to Bitcoin’s code requires agreement from the many miners who manage the network. Because of the value attached to their Bitcoin holdings, there is often a natural resistance to accept untested changes.

The Wall Street Journal reported that enhanced transactions could be useful for Wall Street-oriented businesses. Shaul Kfir, CTO of Digital Asset Holdings, a New York-based startup that is building blockchain-based solutions for post-trade securities settlement, told the newspaper that it could be a “very powerful way to protect investors from having to disclose sensitive business information, even while providing complete transparency to regulators.”

Kfir added, “Computer security is at pretty abysmal point. You really want it to so that when any data is moving through the transactional layer it is as secure as possible, as encrypted as possible.” He told the Wall Street Journal that Blockstream’s confidentiality element goes “99% of the way” toward achieving those goals.