Israeli blockchain startup Synereo announced in a press release sent to CoinReport that it has raised approximately US$3,028,200 in the first 24 hours of its second fundraising round that is running for 30 days, ending October 18.

The Tel Aviv-based company offers its native cryptocurrency, AMP, at a fixed price, including bonuses of up to 15 percent on purchase amount, as detailed here. The AMP price offered will gradually rise in three tiers during the fundraising period. Synereo is also offering equity to qualifying investors on BnkToTheFuture.com. 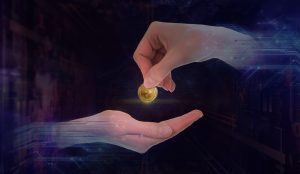 The firm said in the latest release that it has also published full financial projections and its development plan, according to which, Synereo plans to use these funds to significantly scale up its operations, expand the team, refine the developer tools required to create dApps on their platform and optimize the development effort of its 2.0 tech stack, which, the company says, is “the first scalable, decentralized computation platform on which fully operational applications can be deployed.”

The press release said that beginning from 2017’s fourth quarter, it will be possible to deploy fully operational applications on the system, without them having to be stored in a centralized location, effectively revolutionizing the way the Internet works.

A portion of the funds raised will be used for development of decentralized third-party applications also, said the startup in the press release, adding that these apps will be built to run on top of Synereo’s next-generation platform, with one of the first such applications being Synereo’s own social network.

In the earlier release, the firm stated that it has released the alpha version of its social network, which according to the company’s development plan, will remain under continuous development until 2017’s fourth quarter, when the beta version will be deployed on Synereo’s RChain-based, next-generation tech stack.

The campaign launched 48 hours following Synereo’s announcement that it had destroyed half of its AMP holdings, worth ~US$146 million, perpetually taking 731,108,937 AMPs out of circulation, or about half of all AMPs in existence.

Explaining the move to burn essentially 50 percent of all AMPs in existence, Synereo CEO Dor Konforty said in a press release sent to CoinReport that since Synereo’s platform will utilize a proof-of-stake blockchain, “it would not make sense” for the company to control more than 50 percent of AMPs. The release noted that a proof-of-stake blockchain can be manipulated by the majority holder of its native currency.

“It was never our intention to be the central bank for our currency. Such centralization goes against the very principles Synereo stands for, but merely standing for principles is not enough,” said Konforty in the release. “This project will not help anyone if Synereo maintains an entrenched, centralized position. That is why we want to distribute AMPs as soon as we can, to begin establishing a truly decentralized economy.”

In the same media release, Synereo also announced that AMPs remaining under the company’s control will be used to compensate developers as an incentive to build decentralized applications that run on top of Synereo’s platform. Moreover, the company said a large part of Synereo’s AMP holdings will be distributed among “new users joining the network, musicians and other content creators […]”, in order to incentivize them to use Synereo’s system as a content distribution platform.

Konforty said in an email to CoinReport that “[distribution] will start during the alpha phase and last for many years, as we grow the network.” Synereo marketing consultant Tim Frost added, “As the Social network is moving into alpha there will be a lot of testing and getting feedback to find the method that both supports growth and real value for the users.“

Synereo didn’t directly acknowledge it in exchanges of emails with CoinReport, but the total value of the remaining AMPs in Synereo’s User Reward Wallet, Content Creator Wallet and Bounty Wallet, the three wallets from where a large part of the residual AMPs are most likely to be distributed among new users, musicians and other content creators using the social network, is, at the time of this writing, a little more than US$49 million.

A World of Pure Imagination 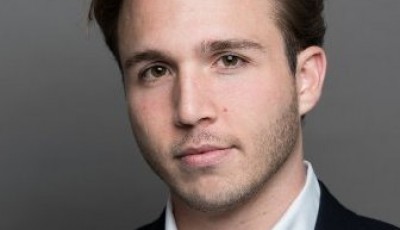