Australian digital currency exchange Blockbid announced in a press release CoinReport received from the exchange’s communications firm, Stature PR, a partnership with Nugget’s News, a leading Australian source for digital currency education. According to the announcement, the association will not just offer the secure exchange even greater security, but also make it the first exchange the world over to partly outsource its coin auditing.

Blockbid says in the release that the partnership sticks to its mission of enabling users to trade with confidence by utilizing an unbiased, impartial third-party as a gatekeeper. After the exchange receives a coin listing application, the cryptocurrency educational source will draft an exclusive account that will provide a thorough evaluation of the coin. This will allow for the exchange to make an informed decision regarding whether they should accept the coin on the exchange.

The exchange, working alongside Nugget’s News, can more quickly arrive at decisions regarding when and if a coin is to be accepted.

Blockbid COO David Sapper stated in the press release we received, “Nugget’s News is a global industry leading cryptocurrency news brand, which focuses on user education. Their ethos on cryptocurrency education is aligned with our own and their insight and expertise will assist greatly with Blockbid’s auditing process.”

The partnership announcement by Blockbid follows the exchange’s two other announcements recently, namely working with LexisNexis Risk Solutions for their fraud prevention and authentication security and choosing BitSpread as the liquidity provider.

Nugget’s News founder and CEO Alex Saunders commented, “Nugget’s News has always strived to be a trusted voice in the community and our mission is to educate and provide fair, unbiased fundamental analysis of blockchain projects. Blockbid’s values align with those of the Nugget’s News Team and it’s an honour to be recognised by them as an auditing partner. I really look forward to being involved with Blockbid’s impressive team and I’m inspired by their vision. This relationship is very exciting as we’ll be contributing to the wider adoption of digital assets in Australia and it’s a fantastic opportunity to build best practice analysis standards for the industry we all love.” 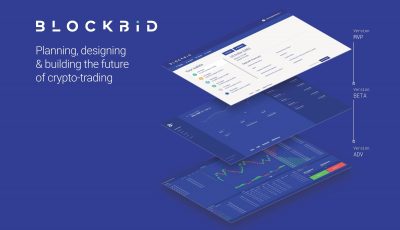