Vancouver, British Columbia, Canada-based bitcoin exchange Coinizy announced last week in a press release that it has launched the world’s first bitcoin-to-PayPal exchange facility while also providing the most diversified ‘cash out’ options among all bitcoin exchanges.

The facility was presented by its founder and CEO, Yannick Losbar, during a live demonstration at the Parisian Maison du Bitcoin in Paris, France. It promises to be the fastest, easiest way to convert Bitcoin to fiat money.

“Up until now, 99% of the Bitcoin exchanges only offered the good old wire transfer, when one wanted to withdraw the funds he obtained by converting some bitcoins. This excludes de facto the 2.5bn unbanked people, as well as most of the teenagers, which is very unfortunate since this part of the population could represent the next potential wave of Bitcoin adopters,” explained Losbar in the press release.

“Even among the most financially included part of the population, wire transfers are often perceived as slow (3 days on average for a SEPA wire, and up to 10 days for an international SWIFT transfer) and inconvenient,” he added.

The press release states this is why Coinizy decided to implement seven different withdrawal possibilities, with each one potentially corresponding to a particular use case. Users already comfortable with the world of online payment are, opines the release, likely to choose PayPal and Okpay e-wallets; frequent ecommerce shoppers might want to consider the prepaid, debit-card offers, and frequent travelers would surely appreciate the cash delivery made possible by the Western Union direction. 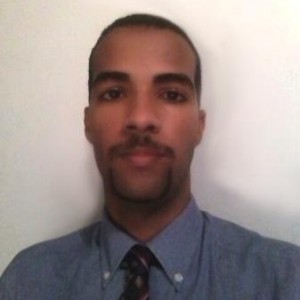 “For a long time, bitcoin cashing out options were extremely atomized, and you had to use several different services (Coinbase for bank wires, Xapo for Bitcoin debit cards, etc…) to obtain an interesting range of options.

This situation was not really different from what shopping used to be during the seventies: you had to go to the butcher, then the fishmonger, and finally the grocer.

To coin a phrase, Coinizy is the supermarket of the bitcoin cashing out services where you find everything you need in one single place!”

The new service offers the most extensive variety of prepaid bitcoin debit cards in the industry – two plastic cards and one virtual card that is instantly generated and delivered via email — in an effort to meet the widest range of consumer needs possible, said Coinizy in the press release.

“Our intent is to offer Bitcoin holders a product range of debit cards as complete as their own bank’s one!” Losbar emphasized in the press release.

Coinizy’s customers are not required to provide extensive identity documentation before depositing their first Millibitcoins on the platform. The new service also made a somewhat unconventional choice about the storage of user-deposited bitcoins.

“We don’t hold any! Since we only provide fiat currency withdrawals, there’s no need to keep the Bitcoins deposited by our customers. Therefore, they are immediately sold during the depositing process, and we do not even have the control over them during a single second since all deposits are handled by our partner and bitcoin processor, Snapcard,” Losbar added.