Bitcoin and China: No Fire Without the Dragon? 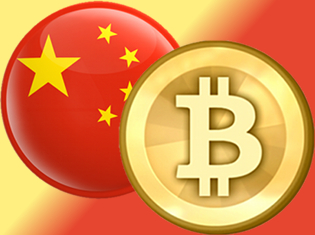 Why China is important for Bitcoin

As it currently stands, whether we like it or not, Chinese opinion has the power to dramatically affect the price of bitcoin. We have seen prices rise and fall in direct response to how bitcoin is being received by this one country. The question is why. Yes, China is an emerging superpower, but the extent of the power this nation holds, remains in dispute.

China Set to Surpass the US as Biggest Economy

Every 6 years, the World Bank conducts the International Comparison Program, which compares living standards across countries globally. Using 2011 figures,  it is expected that the Chinese yuan will surpass the U.S. dollar in 2014 in terms of purchasing power. The purchasing power of the Chinese yuan (renminbi) is already much stronger than current exchange rates reflect. At current market exchange rates, the Chinese economy is only 60% the size of the US economy, but this may be an inaccurate reflection of their power. The Chinese government is reluctant to acknowledge their success.  It seems preferable for Chinese officials to downplay these achievements in favour of retaining their status as a developing nation. It is only because of her status as a developing country that the giant chimney that is China avoids penalties for being the largest producer of greenhouse gases. Additionally, as the largest economy, China would potentially be forced to take on additional financial obligations and tackle issues regarding world trade and climate change.

The International Comparison Program suggests the yuan will soon surpass the US dollar in terms of purchasing power, but additional sources also feel that the yuan is set to replace the US dollar as the world currency. Evidence appears to suggest that gold reserves are moving from west to east, with Chinese vaults steadily filling with enough gold to back the yuan, as an alternative world reserve currency. Whether China really wants to take on the responsibility of this position remains unclear. With the title of world reserve currency holder comes great responsibility on a global level. Regardless of whether or not the yuan does become the next world reserve currency, it is the uncertainty of that fact that ultimately spurns the bitcoin price pitches we are seeing. Whenever China makes any major decisions regarding the digital currency, speculation over China’s global economic position resurfaces.

The uncertainty surrounding the future of the dollar, combined with mixed signals from China has a somewhat destabilizing affect. We have seen reports highlighting how the dollar and the yuan  are struggling. It started with a mammoth stimulus package, following the collapse of Lehman brothers in 2008. While the rest of the world appeared to stagnate, China injected £400bn into her economy and kick started the current boom. Since then, the growth and urbanization of China has proceeded at breakneck speed, with a spending binge rapidly plunging China into debts of over 200% GDP, since 2008. While the jobs and standard of living have improved with the stimulus, it cannot be maintained and like the US, tapering will be required. In both cases, the tapering itself may lead to revolts, as standards of living become more difficult to maintain. Bitcoin came to pass because of these issues. But, as we know, the currency needs to be accepted and adopted for it to work, and that will take time. In a trend report by Sparks and Honey a valid point is made:

“Alternative currency will gain momentum with the stretching of financial, political and social institutions, as well as inequality. Potentially meaningful cultural shifts could included large spikes in unemployment or the rise of war.”

This stretching is leading people to seek ways around the systems in place. Bitcoin is an alternative challenger  as a currency for the world, yet obviously, not nearly as  powerful as the yuan or the dollar right now.

Regardless of what happens, the price of bitcoin will remain volatile, but perhaps only until SOMETHING concrete happens. Should the Chinese economy collapse due to spending overdrive what can the Chinese turn to? Bitcoin? The same question may be asked if the US defaults or collapses and China takes up the mantle as reserve currency holder. The issue then becomes the acceptance of bitcoin by the PBOC.  If China succeeds and fills her empty cities while bitcoin is stifled, then the opportunity missed will be immense.

China is potentially the new leading global economy, with a much larger population of 1.3 billion people, all with the potential to use bitcoin, With this fact alone in mind, whether bitcoin is used to further grow the economy or as a backup alternative should times worsen, China will continue to throw her weight around. Access to bitcoin by the Chinese is incredibly important for the global bitcoin community.

Share your opinion on the importance of China’s role in the world of Bitcoin in the comment section below.