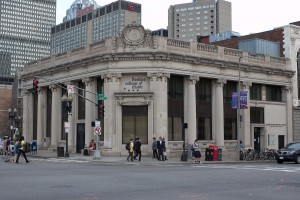 The Berklee Institute for Creative Entrepreneurship (BerkleeICE) released Tuesday a new report focused on promoting fairness and transparency in the music industry.

The study follows a year-long exploration of the $45-billion international music industry and examines the underlying challenges with the current compensation structure while making recommendations to improve licensing, revenue transparency, and cash flow for musicians.

Among the report’s recommendations are the creation of a decentralized, feasible rights database, and the investigation of blockchain technology and digital currencies to manage and track online payments through the value chain directly to music creators from fans.

The BerkleeICE report notes it is estimated that anywhere from 20 percent to 50 percent of music payments do not make it to their rightful owners, and earlier efforts toward creating a comprehensive global database to facilitate the licensing and control of musical works have not been successful. The report cites several registry efforts, all of which were structured as for-profit enterprises, meaning that at some level participants are encouraged to make money and produce a robust register. This creates a problem, says the report; if numerous for-profit companies collaborate to build such a registry, anti-trust concerns could arise. Therefore, BerkleeICE recommends that a registry be administered through a mix of for-profit and non-profit enterprises.

The report proposes a decentralized distributed registry in which a not-for-profit organization would oversee database administration. On the other hand, the entities accredited to register works of music and responsible for registry promotion would operate on a for-profit basis, which would encourage organizations to become accredited registrars, thereby expanding the database’s reach. The approach means there would be more than a single registry, like with the computer Domain Name System, which distributes and disseminate information worldwide. The relevant parties would each have their own servers, synchronized with a main database, where they input information about musical works, which would then be spread around the world.

BerkleeICE says in the report that a comprehensive, accurate database of music rights ownership information would offer a platform for new technologies to be applied in potentially game-changing ways. The institute encourages the investigation of the use of emerging digital currencies like Bitcoin and their underlying technology as new royalty-distribution mechanisms for the music business.

A database of accurate rights ownership information, like the one BerkleeICE proposes, could form the foundation of a log used in cryptocurrency. In addition to rights ownership information, the royalty split for each work, as determined by a mix of statute and contracts, could be entered into the database. Every time a payment is generated for a given piece of music, the money would be automatically split according to the set terms, and each party’s account would instantly reflect the additional revenue. The report gives the example of a song being purchased from a digital music store, and that purchase, after the store takes a cut, would amount to $1.00 in revenue generated. This money would be split between two different works contained in the song, with a 9.1 cent mechanical royalty going to the musical work, and 90.9 cents going to sound recording. Next, if the contract between the songwriter and publisher stipulates a 75/25 split of revenue from downloads, the publisher would get 6.825 cents and the songwriter 2.275 cents. With an identical division at the record label, the label would get 68.175 cents and the recording artist 22.275. The blockchain network could also further split this 22.275 cents between the members of a band, if applicable.

The report says this whole process would occur under a second, allowing all parties to access their money immediately after being generated. Moreover, this payment system is completely trackable and would ensure that royalties are not held by third parties, such as publishers and labels, before being transferred to the artist and songwriter. This would eliminate worries about accidental or unintentional underpayments of royalties, states the report. 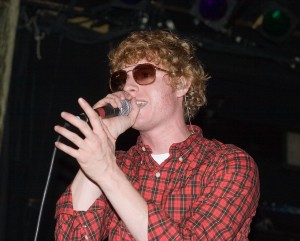 The initial suggestion of using blockchain technology came from D.A. Wallach, a musician and investor who has spent the past four years as Spotify’s artist-in-residence, reported Bloomberg. Wallach published an essay last December called “Bitcoin for Rockstars,” which outlined the basics of a blockchain-based royalty distribution system. Bloomberg reported that several startups are already working on early versions of the concept, according to prominent Bitcoin investor Barry Silbert. The news agency noted that IDEO, a design and consulting firm, was drawn to the idea of blockchain, and is operating an incubator for startups wishing to use the technology for applications in various industries, including music.

“There’s no reason this shouldn’t happen,” said Wallach to Bloomberg. “You have a really archaic infrastructure that these media businesses are sitting on, and the people who really suffer are the people who create stuff.”

Wallach acknowledged that turning the concept into a reality is likely to be a years-long endeavor, one which he has no desire to lead. “The reason I’m not doing it,” he said, “is because I don’t want to spend a decade on it.”

Why Remittance Is a Bitcoin Bonanza