The Bank of Montreal has taken action against a Vancouver based bitcoin exchange by closing down its accounts. Furthermore, the exchange claims that the bank is shutting down all accounts owned by businesses that 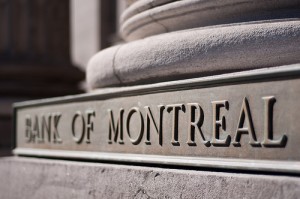 trade in the digital currency.

BMO was the “last remaining bitcoin-friendly charter bank” in Canada, said Cointrader on their website. Also, they are highly disappointed by BMO’s decision.

Paul Szczesny, co -founder of Cointrader, said “Despite the fact that Cointrader has already implemented an anti-money laundering regime to comply with potential FINTRAC regulations which was vetted by BMO itself, the bank has decided to sever our account as well.”

The founder of the Bitcoin Alliance of Canada stated that he was unconvinced about Cointrader’s claims about BMO. He further stated that he has heard from many bitcoin companies that said their accounts are still open with BMO.

Anthony Di Iorio, executive director of the Bitcoin Alliance of Canada, said “I’d like to see statement account from BMO, rather than just one company that had their account shut down.”

“It is important to continually improve Canada’s regime to address emerging risks, including virtual currencies, such as bitcoin, that threaten Canada’s international leadership in the fight against money laundering and terrorist financing.”

It is assumed that the bank’s decision was a result of last week’s budget speech.

It is true that bitcoin transactions occur anonymously but they are engraved in a public ledger known to well… the public. But, many people have taken this point of anonymity and made it into something it is not. Everyone knows, anything entered into the cyberworld is a public knowledge and in the bigger scale of things there is no “privacy” on the net 100%. The digital currency has gotten a lot of negative attention due to this issue of anonymity from governments around the globe.

The world’s first bitcoin ATM in Vancouver was launched by Bitcoiniacs, who also run cointrader. They believe that the Canadian government is trying to “stifle the flourishing local bitcoin economy.” Cointrader has indicated that it is considering changing headquarters outside of Canada to a “more innovative jurisdiction where dubious fear-mongering does not pre-emptively close doors on the entrepreneurial spirit.”

Szczesny wrote in a blog post, “If Canada continues its negative stance, and chooses not to help this thriving economy grow in accordance with the law, then we will be forced to relocate to more forward-thinking economies which are able to encourage innovation while also effectively deterring criminal behavior.”

Coinreport will follow up on this story as it develops, stay tuned.