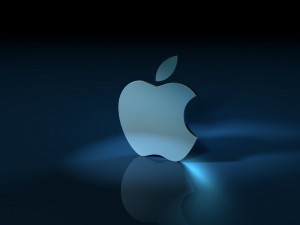 Apple’s history with Bitcoin has been… checkered. At one point, Bitcoin wallets were banned entirely, forcing users to rely on web apps for transactions. Since then, they’ve loosened up a little. Today, a new step on their journey – an iOS game was officially cleared by Apple which uses Bitcoin micropayments to reward players.

The game, a retro platformer called Sarutobi, is based on letting users swing from vines, collecting Bitcoin tokens from the air as they move. Users are rewarded with Bitcoin-branded in-game points for collecting coins, and they can spend those points on power-ups. They can also buy more points with cash. Revenue from cash purchases and add sales go into a communal wallet from which Bitcoin “tips” for playing are paid out to players.

The game is primarily intended to introduce users to the idea of Bitcoin, as an advocacy tool, according to its creator, Christian Moss. Unfortunately, the computer security behind the game may not have been sufficient: at the time of writing, someone has already found a way to repeatedly request Bitcoins from the server, gradually draining the communal wallet.

This is, of course, a fairly preliminary implementation. Bitcoin microtransactions in games have broad potential, and this is just the tip of the iceberg. It is gratifying, however, to know that Apple is continuing to thaw its icy attitude towards Bitcoin, and that we’ll see more of this sort of thing in the future.

Bitreserve raises £6.3 million in crowdfunding round