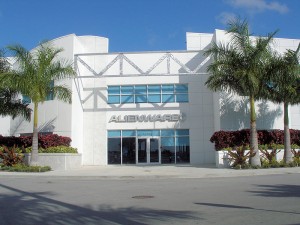 Early yesterday morning, Alienware tweeted that they had added Bitcoin as a payment option on their site, and were offering substantial discounts for users of the payment option. Alienware is a high-end PC gaming hardware company, which has been in business since 1996. The company makes high-performance gaming hardware with a distinctive black, green, and red aesthetic, often running into the thousands of dollars, including a high-end Windows 8-powered console.

The move is less surprising than it might appear. Alienware is a wholly-owned subsidiary of Dell, which announced its support for Bitcoin earlier this week. Dell choosing to push that support out to its high-end gaming brand makes a lot of sense, since the Alienware audience probably overlaps enormously with the potential audience of Bitcoin. To promote the Bitcoin support, Alienware has added a number of Bitcoin-related discounts, including 10% off a number of prodcuts (advertised as being “up to $150”).

While Alienware is a relatively small player in the scheme of things (compared to giants like Overstock.com, and Dell itself), every little bit of liquidity helps Bitcoin to get over the hump to the point that its adoption becomes self-sustaining. It’s worth celebrating the little wins, along with the big ones.

Image courtesy of Coolcaesar at the English language Wikipedia