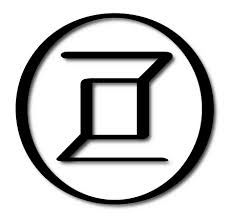 A group of researchers at John Hopkins University are building a rival to Bitcoin and other digital currencies. Zerocoin is the name they’ve picked, and unlike other virtual currencies, this one claims to be completely untraceable. Yep, totally anonymous. Critics are saying that having a currency that cannot be traced makes it easier for criminal activity and money laundering.

However, assistant professor Matthew Green and his team of graduate students, who are working on the Zerocoin project, claim that there is a need to keep transactions anonymous. They say that virtual currencies should have the same privacy as regular forms of money. Green said,

“In our field, the probability that you’re going to have an impact on the world is kind of low. We want to make something that the world wants and can get use out of.”

Green also says that Bitcoin’s public ledger, the block chain, which ensures the safety of the Bitcoin network, can in fact be tracked back to the user. Therefore, he teamed up with three graduate students from Hopkins, and researchers from MIT sought to create a digital currency that was completely untraceable.

Zerocoin Started as an Extension of BTC

In the beginning, Zerocoin started out as a computer code that would add more anonymity to transactions through Bitcoin. However, it is now being built as a different digital currency due to some Bitcoin users who tried to convince Congress that Bitcoin transactions are traceable. A paper was released in April 2013 by Green and his grad students which explained what Zerocoin was and how it would work. They had hoped the paper would garner attention from developers who wanted to build it. However, after no one contacted them, they began writing the code for Zerocoin themselves and it is expected to be ready by summer.

Interestingly enough, the researchers found it a bit difficult to explain Zerocoin to those who are unfamiliar with cryptography. A line from their 2013 paper reads, “This optimization involves a time-space trade-off.” To an average reader, with no understanding of digital currencies, this would make no sense. Another explanation they used was that Zerocoin is similar to Bitcoin in that it is used to make private transactions and it relies on a complex formula. Zerocoin would be accessed by using an anonymous browser.

Zerocoin does seem pretty similar to Bitcoin, except that it’ll involve completely anonymous transactions. We wonder how it will turn out at the end, and if it can be a true rival to Bitcoin.