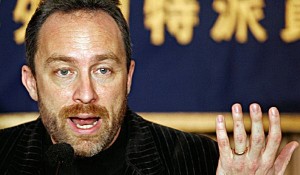 A few days ago, Jimmy Wales, Wikipedia’s co-founder posted on twitter that he is “playing with Bitcoin” and has bought 0.1 BTC through Coinbase. Later, on a reddit post, Wales asked about Bitcoin and how Wikipedia could incorporate the digital currency for donations.

“I’ve been watching bitcoin for a long time, of course, and I thought it past due to test it as a consumer – how hard is it, how confusing is it, etc.”

Wales said that all of the donations he’s received through his public bitcoin address will be cashed out in a few days and sent to the Wikimedia Foundation.

In addition to just testing out Bitcoin, Wales also had a few questions. One of them being that his bitcoins appeared to have been moved from his address without him doing so. However, when Wales logged into his Coinbase account, he didn’t find any of his bitcoins missing.

“Once the bitcoins arrive, they are moved off the address itself into the website’s hot wallet for security and privacy concerns. We eventually end up storing more than 97% of funds offline.”

In the reddit post, Jimmy Wales also says that he is planning on conversing with Wikimedia’s Foundation Board of Directors about whether or not Wikipedia should accept Bitcoin. Wales also mentions that one of the reasons for why they haven’t done so yet is because “the more payment options [they] give people, the less they donate.”

Wales continues to say that instead of having a payment option for Bitcoin listed on Wikipedia, they could just set up an account on Coinbase and then simply advertise that through social media. This way they wouldn’t have to worry about incorporating Bitcoin into the donation screens. Jimmy Wales feels that this could work because the Bitcoin community is “close-knit and generous.”

Wales’ reddit post garnered a lot of attention and responses from various users. Many were pleased that Wales has been looking into Bitcoin. Jason King from Sean’s Outpost Homeless Outreach says that Wales should let Bitcoin users prove to him how great Bitcoin is and to ask for the Wikimedia board for a trial run.

In addition to this, other users were listing ways in which Wikipedia could incorporate Bitcoin for donations. In a response to a reddit user, Jimmy Wales explains the reason for being hesitant to putting up a sign on Wikipedia that says it’s accepting Bitcoin: Wales fears that people would think more of the benefit to Bitcoin rather than to Wikipedia.

Reddit user RenaissanceDesign offers a solution to this: “Perhaps if you want to avoid the paradox of choice impacting your donations, you could set up a separate page detailing why you chose to accept Bitcoin and having a single-track process for Bitcoin donations.” Jimmy Wales agreed with RenaissanceDesign and felt that it would be a good place to start.

Another user asked Jimmy Wales what he thought about Bitcoin. Wales responded by saying that he is “cautiously pessimistic” about the digital currency. He says,

“What I mean by that is that I’m loving the idea but I see a lot of real problems. One of my concerns is that the complexity of it all will hinder adoption.”

Up to the Board

At the end of the day, the final decision on whether or not Wikipedia will be accepting donations in Bitcoin is up to the Board. Wales writes,

“I’ll be raising this with the board, but of course it isn’t up to me alone.”

No doubt, it’ll be great for the Bitcoin community if Wikipedia starts accepting the digital currency. However, Wales and Wikipedia still need to figure out a way they can incorporate Bitcoin without drawing attention away from Wikipedia.

Stick to Coinreport for updates regarding this story. 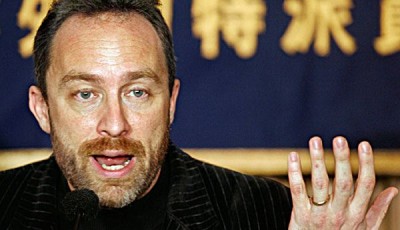