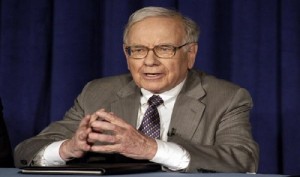 In a CNBC interview, legendary investor Warren Buffett has warned people to stay away from Bitcoin because he believes the digital currency is a mirage. What is a mirage you ask? A mirage is something that appears to be real, but is in fact not.

In addition to calling Bitcoin a Mirage, Warren Buffett goes on to say,

“The idea that [Bitcoin] has huge intrinsic value is a joke.”

One could argue that Buffett is mistaken by declaring this. Intrinsic value is something that is innate, as in something that has value from just existing. In actuality, Bitcoin does have some intrinsic value because it is limited in supply. Due to the law of supply and demand, because there is such a high demand for Bitcoin and only 21 million coins in total, Bitcoin gains its value. This is similar to how gold has value; it too is limited in supply and this is one of the reasons as to why there is such a demand for it.

Even though Buffett denies Bitcoin intrinsic value, he says,

But, Buffett follows up by saying that checks also transmit money. Hence, even Bitcoin’s only asset in Buffett’s point of view is not really an asset at all.

Jamie Dimon, the CEO of JPMorgan also does not believe Bitcoin has value. He believes the Bitcoin frenzy will eventually die down, and that Bitcoin is mostly used for illicit purposes. However, Dimon seems to have forgotten, any sort of currency can be used for illegal means; Bitcoin is just getting the flack since it’s the current hot topic.