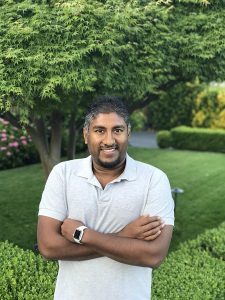 On the first-ever World Crypto Con’s final day earlier this month, Civic.com co-founder and CEO Vinny Lingham betted Standpoint Research founder and director Ronnie Moas $20,000 that bitcoin’s price will not hit $28,000 on a “reputable exchange” by the time 2019 ends.

The bet’s loser has to donate the amount to FreeRoss.org; a group of family, friends and supporters working to provide legal assistance to Ross Ulbricht to try to have his lie sentence for his role in anonymous marketplace SilkRoad mitigated.

The bet was made on the Bad Crypto Podcast LIVE stage show that was conducted at the conference and was hosted by Joel Comm and Travis Wright. Litecoin creator Charlie Lee and Bitspark Limited co-founder and COO Maxine Ryan were also present on stage.

Comm said, “When World Crypto Con reached out to get us involved with the event, they told us it wasn’t ‘just another crypto and blockchain community gathering. They weren’t wrong! The event is a place where thought leaders actually put their money in their mouths, or rather where their mouth is. It’s going to be extra-fun keeping track of the price of Bitcoin over the next year, to see if Vinny or Ronnie has to pay up! No matter how it sorts out, we’re all just excited that ultimately it benefits FreeRoss.org.”

World Crypto Con co-founder Adam Williams commented, “World Crypto Con truly lived up to its billing as a show of ‘what’s to come’ in crypto and blockchain when Ronnie and Vinny took the stage. We said it would be an experience-driven event, and that’s exactly what it became when our panelist put their money on the line to predict the peak of Bitcoin in 2019. We aim to have fun and make connections that ultimately lead to getting stuff done, and in this case, that’s going to be $20k to FreeRoss.org — we all feel really great about that!”

The podcast can be listened to here, while the video of the bet can be viewed here.

News tip by Clarity PR from GlobeNewswire via CryptoCurrencyWire