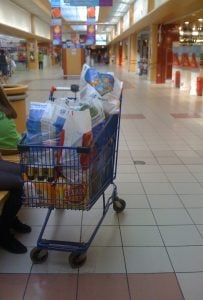 Imagine a world where rational people make rational decisions. A consumer confronted with a decision of which product to purchase carefully evaluates the available evidence and chooses the product which best suits their needs rather than their wants. Rational purchasing, serving the interest of the consumer. Empty of emotional attachment or branding, stores display the raw data of their wares. Shoppers are not tinged by marketing appeals, instead focusing on fact-based advertisements which offer academic-sounding assessments of products rather than cartoon characters or actor-portrayed endorsements.

At the checkout counter, a consumer pulls out a small bit of hardware and a wireless antenna, temporarily connecting the two. Carefully entering their various passwords with three factors of authentication, the shopper transfers a small amount of bitcoin to the store’s account. Sitting on a bench waiting for the transaction to confirm, the shopper revels in being their own bank, willingly trading the additional burden of maintaining strict personal security and a decentralized transaction system with no guaranteed transaction time, since the free market was the best decision maker. It was only rational. Unfortunately for bitcoin, this is not the world which we inhabit. 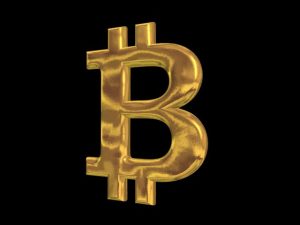 If bitcoin wants to achieve more than niche investment status and being the go-to for online drug purchases, focusing on the consumer is the way ahead. Consumers need utility, and will pay a premium. It is a monetary truism that given options on how to exchange goods, humans tend to use the good with the easiest utility as “money.” Precious metals had the staying power that crops or perishable goods did not. Similarly, paper money represented forward progress in achieving utility at decreasing difficulty. Lightweight, small, able to be denominated, and rapidly deployable, paper money fits the bill. Banking system arguments aside, the utility of paper money is not in question. So how does bitcoin compete with the dominant method of monetary exchange?

Luckily, the rise of e-commerce and digital transactions has encouraged financial movement online rather than in person. This shift obviously played a role in encouraging the development of blockchain technology and smart contracts, as users online needed a solution to the issues posed by online transactions. Payment providers were quick to rush into the e-commerce space, giving rise to giants like PayPal but also boosting long time payment mainstays like Visa and Mastercard. Users who didn’t want to route traffic through mainstream payment provider due to privacy concerns, legal or illegal, found alternate ways to exchange goods. Out of this stew came bitcoin, filling the need of privacy in an environment that seems to be continually ceding privacy rights to large corporations and governments.

The need for utility in exchanging goods online exists across nations, trade barriers, currencies, and every other arbitrary hurdle. At its utmost root, commerce is the exchange of whatever items the traders wish, and a means to make that exchange provides value in utility. Bitcoin can provide that utility. If the technical hurdles facing bitcoin, specifically transaction times and volume, centralization in mining and exchanges, and mechanisms for producing changes of demonstrated need, can be overcome, bitcoin may play a big role in online transactions. The need for utility is clear, but the motivation of bitcoin believers and developers does not match this need. Much like a corporation that has lost touch with their mission statement, the bitcoin community is charting a course that may not be aligned with consumer value.

Real monetary innovation involves removing barriers. As the BBC pointed out, a surprising area of innovation is Somaliland, where the needs of consumers have been answered by locally developed technology. Reducing barriers to accessing money and capital will create valuable technology, and utility is the keyword in achieving value. Bitcoin has the raw potential to accomplish this goal, but as other uses of blockchain technology are researched, the risk to bitcoin grows. As an asset, bitcoin may exist for many years. As a transformative technology, though, bitcoin has yet to demonstrate it can solve a problem for mainstream consumers.

Shopping cart – “Shopping” by Paul Downey is licensed under CC BY 2.0

Bitcoin image – “Bitcoin” by Electric-Eye is licensed under CC BY 2.0