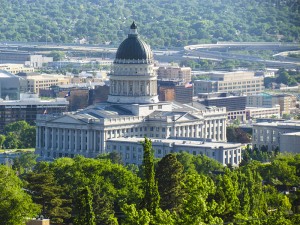 A Republican member of the Utah House of Representatives is asking the state to study the feasibility of accepting Bitcoin, reported the Associated Press.

Rep. Marc Roberts made the case to a House committee this week that the state should ensure how the digital currency works and determine whether it is a valid form of payment for state services. Roberts presented a solution that would allow a group of industry professionals and government staff to study the matter.

Ivory compared Bitcoin to precious metals like gold and silver, which he said Utah should also examine using as an alternate form of currency. However, Deputy State Treasurer David Damschen stated that the comparison between metals and Bitcoin was flawed.

The Associated Press reported that Damschen said Bitcoin users can lock the value of the digital currency at the time of purchase, committing to paying the state the dollar value at that moment in time, and the state could immediately convert the Bitcoins into dollars. The same cannot be said for precious metals, whose users tend to want the state to assume the risk associated with fluctuating value.

Roberts, who described Bitcoin as another payment option to the committee, said the option could save the state money, as the transaction costs for Bitcoin payments are less than the fees charged by credit card companies.

While he acknowledged Tuesday that Bitcoin can be volatile, Seasons said that is common with new currencies. He expects Bitcoin’s value to stabilize over time, especially if hedge funds and other “institutional players” invest in the digital currency, and such investment has already begun.

Seamons said that if Utah accepted Bitcoin as payment, it could be used by individuals and businesses to pay taxes, as well as for other services, such as buying alcohol at a state liquor store.

He said part of the purpose of the study group is to examine which services Bitcoin users are most interested in.