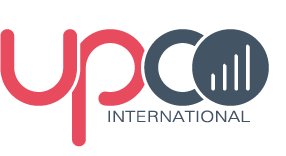 UPCO president and CEO Andrea Pagani said in the release we received, “The first generation of the digital revolution brought us the Internet of information. The second generation – powered by blockchain technology – is bringing us the Internet of value: a new platform to reshape the world of business and transform the old order of human affairs for the better. Blockchain is the technology that underlies the cryptocurrency Bitcoin.  Blockchain allows a vast, global distributed ledger or database running on millions of devices, where not just information but anything of value – money, but also titles, deeds, identities, even votes – can be moved, stored and managed securely and privately.”

Since the late 1990s, says the release, da Assuncao has been working with immutable database frameworks that have evolved into blockchain technology, and has created an experimental self-archiving system to save huge volumes of data on non-re-writeable storage. The technology has afterwards been modified to use an ACID-compliant relational database to simulate CRUD functionality while eternally keeping all changes to the records.

Also including in this technology are protocols which safely and automatically distribute data throughout an open network of unlike servers enhanced for distributed network topography. This, in effect, averts the expenses of processing transactions in peer-to-peer topography, even though such adoption is possible. In 2007, the design was ported for relational databases to function as the basis of a joint distributed medical data storage system. Future developments will include channel encryption as well as smart contracts.