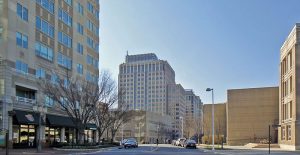 Reg CF lets anyone, irrespective of their income level or net worth, to invest in securities issued by startups.

Indeco CEO David Levine said in a press release the company sent to CoinReport, “We are committed to complying with SEC rules and regulations during this pre-sale period, in our ICO, and throughout secondary market trading.

“We believe all crypto assets will be subject to regulatory scrutiny, and we plan to create substantial value for our token holders by proactively developing a compliant offering.”

Indeco is in the business of deploying assets like solar energy systems, battery storage and the sensors and controls that make residences and communities smarter, securer and more gratifying.

Holders of the company’s token, the indecoin, will have a share of these assets and get distributions as profit is collected from customers.

The company also proclaimed it has joined the fall 2017 cohort of Smart City Works, a business actuator and accelerator for startups that are reinventing the built environment.

Smart City Works co-founder David Heyman, who is also former assistant secretary of the Department of Homeland Security for Policy and board member of Indeco, commented, “Transforming our human habitat requires capital, and Indeco has devised a compelling shared ownership solution that can benefit many of our next-generation infrastructure companies.

“Indeco is a perfect complement to our stable of innovators improving the livability, operations and resilience of communities around the world and here at home.”

The pre-ICO token sale of Indeco is currently taking place on StartEngine (here), a crowdinvesting platform that complies with SEC regulations. Howard Marks, the CEO of StartEngine, validated Indeco’s plans in a recent blog post, writing, “The right solution is to ask ICOs to use one of the SEC exemptions, which include Regulation Crowdfunding to raise up to $1M, Regulation A+ to raise up to $50M, or Regulation D 506(C) to raise an unlimited amount from accredited investors. Lest that, there is no guarantee for investors that an ICO is not a scam. The SEC exemptions also allow investors to make informed decisions because they require documentation disclosure requirements.”

It should be noted here that investors have recently been cheated in an ICO scam perpetrated by Confido, which collected $375,000 from unsuspecting investors before disappearing. Moreover, the collapse of Tezos, which raised $235 million in an ICO promising a self-amending cryptographic ledger, harmed the investors.

The SEC, earlier this year, looked into a token, issued by The DAO, and settled that it was a security and therefore subject to the requirements of the federal securities laws. The SEC’s report “confirms that issuers of distributed ledger or blockchain technology-based securities must register offers and sales of such securities unless a valid exemption applies…The purpose of the registration provisions of the federal securities laws is to ensure that investors are sold investments that include all the proper disclosures and are subject to regulatory scrutiny for investors’ protection.”