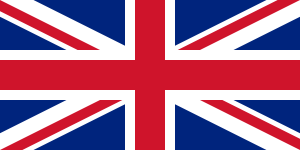 British parents are forgoing traditional pocket money in favor of paying their children in digital means, according to a survey conducted by Censuswide for financial technology firm Intelligent Environments.

As reported by The Telegraph, more than a quarter of 2,000 UK parents polled said they paid their kids in digital currency for use in gaming communities such as Moshi Monsters and Minecraft and online services like iTunes.

The poll found that about four in 10 parents decide not to give their children any pocket money and instead prefer to transfer funds into a savings account in the kids’ names.

Gary Monaghan, a 42-year-old father in North London, told The Telegraph that he gives his children pocket money digitally.

“I give my son Noah pocket money by topping up his Xbox account, while my daughter Lola gets money put on her iTunes account to buy music,” said Monaghan. “They don’t really ask for toys, sweets and football sticker books the way I used to – what they really want is all online these days.”

David Webber, managing director at Intelligent Environments, said the increase in use of digital devices by youth has changed the way people handle money.

“Nothing has changed more than the way in which we manage our money; our research shows that in a world of apps, e-books, digital music, and online games, more children than ever are asking for their weekly allowance digitally to fuel modern-day spending such as in-app purchases, in-game currency and digital music downloads,” said Webber to The Telegraph.

Indeed, mobile payments are gaining traction in the UK, particularly among youth. A recent survey published by nVest Ventures observed growing interest in cashless transactions among British citizens, particularly when it comes to young people.

As reported by ITProPortal, the survey of approximately 5,000 UK citizens found that one in five said paying with cash was not convenient. That proportion rose to 26 percent among respondents between the ages of 16 and 24.

11 percent of respondents said they have already paid for a purchase in a store with their mobile phone or an app on their device, and 18 percent said they had not done so yet, but were interested. The latter figure rises to 41 percent among Millennials (those born after 1981).

ITProPortal reported that one in 10 respondents use their smartphone to record the amount they spend every day, and 35 percent said they would be interested in a service that projects their future finances based on their spending habits, with 58 percent of Millennials expressing a desire for such a service.