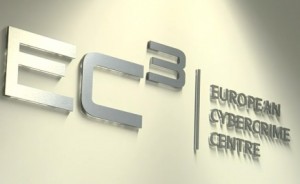 The head of the European Cybercrime Centre, Troels Oerting, blames the dark-net for making it hard to catch cyber criminals.

The dark-net, TOR, prevents people and officials alike from learning one’s location or browsing habits as users identities remain hidden while on its network.

Oerting’s speech at the Infosecurity Europe 2014 event focused on how the world’s security agencies are engaged in widespread surveillance. US National Security Agency’s former contractor, Edward Snowden, predicted it would be hard to crack down on criminals. Oerting said:

“The Snowden revelations seemed to, one way or another, have made it more difficult for law enforcement to clamp down.”

He adds that the dark-net and the deep-web contain encryption tools that conceal a user’s identity. This makes the laws penetration attempts more difficult. He adds:

“The problem is that criminal groups are using the same tools. You can’t see the attack, don’t know the motive… you need to do some homework.”

Ironically, TOR was developed with the help of the US Naval Research Laboratory. Now, Oerting states that the NSA hasn’t the strength to infiltrate cyber criminals who abuse digital currencies, like bitcoin, online.

Another contribution to the difficulty of catching online criminals is that there are too many people online in modern society. More than 2.7 billion people use the internet on a daily basis, and that number is expected to increase as mobile phones continue to gain popularity throughout the world.

Kaspersky security helps to identify new modes of financial malware, such as Trojans and keyloggers for banks.

“Last year saw a significant increase in the proportion of financial cyber threats, with malware designed to steal money playing a key role.

Whether or not digital currencies are the tools used to commit crimes in cyberspace, officials should be careful when blaming technologies as crimes are committed by people.