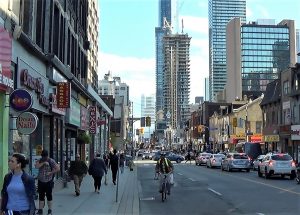 TODAQ Financial, a platform that allows P2P value transfer and individually managed asset possession, has been launched, according to a press release CoinReport received.

The launch comes after two years of work to develop the world’s foremost version of a mobile-exclusive, entirely decentralized and distributed blockchain-based marketplace that supports secure and private virtual asset ownership and frictionless P2P mobile transactions. This worldwide first resulted in global commercial and industrial enterprises across the middle east, Asia, Europe and Africa in the energy, financial services, healthcare, clean tech and education sectors.

TODAQ CEO Hassan Khan said in the release we received, “It became clear to me some time ago that the financial services industry has become too big and extracts too much value out of the productive economy. I became passionate about changing that, which is what first drove me to found Quantius, my first company, a provider of non-dilutive capital to growing knowledge-based companies.”

He added, “I spent years looking for a fourth generation blockchain solution that could provide an increase in efficiency that would enable access to the 80% of the world’s population left behind.”

The initial virtual asset on the TODAQ marketplace will be 125 billion backstopped Toda Notes (TDN). The TDN supply is circulated with crystal clear rules by a trust that also oversees the TDN asset reserve. The TDN is designed to be the first virtual note of choice for frictionless trade, domestic or international.

Khan further added, “Decentralization creates the opportunity to create a world where everyone can securely and privately own and manage their own data without the prohibitive costs that reduce access to markets and trade. We are giving people the opportunity to truly own their identity and their property.”

The decentralized architecture of the platform, which is not associated with any central government, enables individuals and businesses to possess and guard their identities and data.

Every new customer user and merchant gets a small TDN grant and algorithmically receives more by bringing new users and doing commercial transactions. TDN could be utilized as a medium of transaction and will have an exchange rate that is driven by market. Moreover, the TODAQ solution enables merchants to digitize any other asset or fiat currency for use in the marketplace.

Khan said, “The distribution strategy of the Toda Note drives economic growth and financial inclusion while ensuring regulatory compliance. It can be readily integrated with a financial regulatory structure providing liquidity and decentralization.”

The TODA protocol powers TODAQ. The protocol is a completely decentralized, distributed, layer zero, ledger-less blockchain at the same level as TCP/IP that allows every ledger-based blockchain to scale to billions of users and manages millions of on-chain transactions per second at below 0.1% rate and has a settlement time of less than a minute in a permission-less setting. Moreover, Toda Protocol allows for peer-to-peer exchange between blockchains without relying on third parties like exchanges.