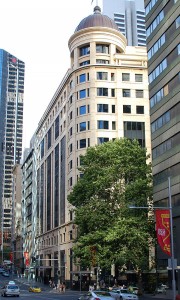 SSX, formerly known as Asia Pacific Exchange, is owned by businessman George Wang, said the Sydney Morning Herald in its article about the announcement. The exchange offers a listing venue for small stocks, mainly based in China, and currently has three listed stocks.

The blockchain system will be used initially for SSX’s equities and private market platforms, according to a press release. The Herald reported that once regulatory approval is achieved, it will settle trades in publicly listed stocks.

The newspaper said the exchange will market the new settlement platform as a low-cost alternative to the Australian Securities Exchange (ASX) in order to draw private equity firms to exit their investments by listing on the SSX.

Subject to regulatory and market participant approval and engagement, the joint venture is eyeing the implementation of a blockchain solution within months for its private markets network and in early 2018 for the SSX equities market.

“We will start with a private secondary equity market for venture capital and crowdfunded startups to register on our exchange,” said Loretta Joseph, SSX’s chief consultant on the initiative, to the Herald.

She said the exchange had been working on the initiative for a year, but claimed the Australian government’s move to open competition in clearing and settlement prompted SSX to do it.

“We will then move to a public secondary market,” Joseph said. “VC and crowdfunding are private little markets. It will give them another market that they can come to.” SSX will also target other small, inefficient markets, she added.

“A lot of these commodities markets are very inefficient, with some at T+30. And a lot of them are still paper based,” Joseph said to the Herald. In the press release, SSX chief operating officer David Lawrence said that transitioning to a real-time settlement and registration environment (T+0) was a realistic aspiration for the exchange’s blockchain platform.

He said, “T+0 would deliver many benefits – remove collateral risk, increase trade velocity and hand back some controls to brokers and market participants rather than them and us paying fees to other exchanges.”

“The banks [and ASX] are effectively trying to build an intranet [for blockchain],” she said to the newspaper. “If we put a control around who could come into [the internet] and who can’t, we wouldn’t have the internet today.”